by Dan A. Davidson 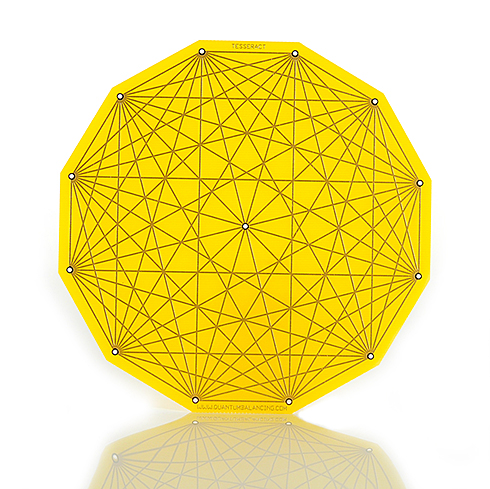 Over the centuries, an especially the last two, there has been a lot of research into various aspects of aether. Most lumped all aspects of aether together except for the Sacred Fire activities. I have since achieved some clarification in this area of aetheric science.

Levels and Types of Aetheric Energy

Aether is in various gradations from the highest level, the Sacred Fire, to the grossest level of what we call physical substance or matter. Most of the earth energies are in a distorted state. When one considers that when the earth was originally created light radiated through the whole earth from the sun in the center of the earth, the earth being a semitransparent substance. Now, the transparency is gone and the earth is browns, grays, blacks, etc. all of it due to mis-qualified, i.e. distorted stated. What you see is the result of billions of years of mankind’s negativity distorting the pure energies of themselves and the earth itself.

A number of people, some who are healers, and alternative energy experimenters have contacted me complaining of various ailments they seem to have gotten from using orgone generators, radionics instruments, and pyramids, which are also orgone type devices. These are  being used for healing purposes. To a person they are all experiencing various ailments and have asked me if I have any information that would explain these effects from supposed alternative healing modalities. Every single person I researched who was using such devices for healing purposes and especially in radionics instruments all have serious health problems even unto death. I know personally several who have died and early death from these instruments. The radionics devices causing the problems are those that are powered by orgone and not power by pure electronics.

The “orgone” term was coined by Dr. Wilhelm Reich where he had discovered a energy associated with biological or organic functions. He also found that orgone would undergo a transformation into a dangerous form of orgone which he termed DOR or “dangerous orgone” energy.

I did extensive research on Reich and his discoveries and also pyramid energy. Orgone is another aspect of the aether or universal energy. Chi, prana, bio-plasmic energy, pyramid energy, and numerous other names are all aspects of the universal energy which I call aether. It can be either healing and uplifting or dangerous.

If you would like to check Reich’s background I encourage you to check him out:

Many believe Reich was a mentally sick person.

Most of the lower levels of aether, like orgone, and pyramid energy can all be distorted or mis-qualified as discovered by Reich when he discovered DOR, i.e. dangerous orgone. Reich found that radioactive materials were especially prone to creating DOR, the dangerous form of orgone. The Sacred Fire cannot be distorted.

Especially dangerous are so-called radionics instruments that are used in a broadcast mode with patterns and persons broadcasting their own “healing energies” and patterns they have ginned up. Unless they are operating in the Christ Consciousness, the Sacred Fire level, their energies are not pure. This is virtually non existent in examining these machines that are being sold by misinformed researchers.

The Sacred Fire has certain qualities. Since it is an emanation of the Most High, it is pure spiritual mind substance in its pure form and and has Divine intelligence and other qualities of perfection. Therefore, the only energies to be used for healing purposes are the various Sacred Fire energies.

I have discussed orgone with advanced researchers who have experiments with orgone resulted in never using orgone accumulators or pyramids for healing purposes as it is nearly impossible to be assured that these orgone type devices will produce consistently pure healing energies. Every person I checked out who is using these types of devices has died from or is sick from using these devices. Most of them have gotten some type of cancer. A lot of this is also due to practitioners of radionics type devices who end up taking on the negatively qualified energies and patterns of sick people they treat. Most of these practitioners are unaware of the Sacred Fire and have little knowledge of higher aspects of bio or life oriented energies and instead rely on research by Reich and others.

Aetheric devices that operated in both the physical and aetheric realm can be made to produce pure energies if all the materials and processes are highly purified, refined, and only the purest materials such as purified gold are used in their manufacture and those operating the machines are at the Christ Consciousness level are using them. Most of the practitioners of orgone and radionics devices I’ve met I wouldn’t have in my house. These devices also need to be used in a purified location and purified after each use so as not to take on distorted unhealthful energies.

The green ray of aether, an activity of the Sacred Fire, has been released to the earth from higher realms to help purify the earth at this critical juncture of earth’s evolution. It flows from the south magnetic pole to the north magnetic pole. This green aetheric energy follows the magnetic energies that feed the life on the planet and harmonizes the earth. Those with their inner spiritual sight open (i.e a true clairvoyant) can see this energy flowing across the surface of the earth, especially in the early morning.

This green energy is associated with the gravity energy for the earth. It flows like ocean waves with a wavelength that is 57.91913569 centimeters, or 22.8 inches. Its speed on this level is about the average speed of an gentle ocean wave, about 90 centimeters per second. The accurate wavelength was discovered by a master geologist (Dr. Larry Babcock from Tuscon, AZ)  who deduced it from studying the layers of lava flows and how they have been deposited over the earth over millions of years.

In my Shape Power book I mentioned this green Sacred Fire energy and gave 4 health exercises whereby the person could tune in an absorb this green healing energy. This green energy is a pure form of aether and is a harmonizing healing action of the Sacred Fire activity. It is very responsive to a person’s mental and emotional direction.

The elemental beings use this green Sacred Fire aether as well as the cosmic light substance in nature for various creative activities.

Another pure aspect of aether is Cosmic Light Substance (CLS), called that by the Ascended Masters. It can be seen sparkling in the atmosphere on a sunny day. It is pure light energy and can be controlled by instrumentation or the mind. CLS can be formed into material that is harder than diamonds and will naturally emit light.

Chi is cosmic light substance (CLS). It is most easily drawing into the body with mental focus. Qualification is the word used to define the ancient action of combined mental, emotional, and visualization effort to draw the CLS into the body and use it in various ways.

In the martial arts, Chi is used as a way to energize the body for more strength and draw up the finer forces to enhance martial arts techniques. Chi is also a common denominator in Chinese medicine. Unless the health practitioner is of a very high level consciousness Chi can also be mis-qualified, even to the point of use as a diabolical weapon.

Prana is also another name for cosmic light substance. It is the name for the universal CLS in Yoga and Vedic practices. In Yoga there are many pranayamas or “little breathing exercises” as it is sometimes translated. The object of the breathing exercises is to purify the body and mental and emotional aspect of the individuals practicing Yoga.

When aether gets distorted by human emotions and mental distortions, such as hate, the aether is at low vibratory level of aether. With hate qualification the energy is black. Sacred Fire, because of its tremendous purity and divine consciousness can take the distortions out of negatively qualified aether and return it to its pristine state. After all, if human discord can distort aether, then the divine way to redeem distorted aether is with a divine level of consciousness and the Sacred Fire is that.
Aether has intelligence and all the attributes of intelligence. If it didn’t have intelligence it couldn’t be acted upon by someone. Once it has been “programmed” or “qualified” it retains that programming and can also be reprogrammed. Hate energy is a mis-qualified distorted form of aether. Aether also has vibration and will resonate with like programmed aether. Thus, negatively qualified or distorted aether will associate and aggregate with like qualified energy. In this manner, entities  of low level, such as hate, war, distorted sex, and other forms of filth will form. Like attracts Like. These negative entities, being made of aether do have a rudimentary intelligence and try to maintain themselves and grow.

The Sacred Fire is emanated throughout creation by the Ascended Masters and Cosmic Beings. They use the Sacred Fire for healing, illumination, and purification. A person’s I AM Presence, their Higher Self, is also a being of the Sacred Fire and will project the Sacred Fire when invoked by prayer, decrees, chants. In essence, these are calls for is release by the outer self. As mentioned on this website, this spiritual emanation by these Divine Beings is the Master Power Flame of creation.

A true Clairvoyant, one who can see on the higher spiritual levels, easily sees the energies in and around an individuals such as auras, as well as other energies and various aether patterns in and around a person. Clairvoyance is also call “Inner Sight”, “Spiritual Sight”, “Second Sight.

I know some of these very advanced clairvoyants and they all agree that most of mankind look like walking cesspools of distorted energies and patterns. If most people could see themselves in this way they would die of fright. Most people would not believe what garbage and filth they have created around themselves.
It is easy to see why advanced spiritual persons shun the outer world of mankind and retreat to monasteries, caves, retreats in the mountains, etc.

This article was sourced from : http://www.aethericscience.com/Aether%20Levels.html