THE EVOLVING PARADIGM OF THE WAVE BASED GENOME and CELL COMMUNICATION

(1) The emergence of ‘biocymatics’ is rooted in the availability of the new experimental device known as CymaScope invented by John Stuart Reid in 2002. Biocymatics can be viewed as a branch of the broader discipline that may be referred to as the liquid-state physics of water, in analogy with the solid-state physics of crystals as suggested in the following table. 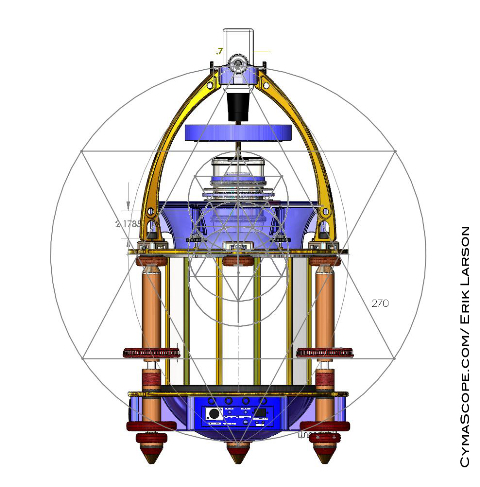 (2)  There are two kinds of evidence that have emerged in recent years suggesting that wave phenomena may be implicated in genetics:

(i) S. Petoukhov in Moscow discovered (a) that the four genetic letters, A, C, G, T can be transformed into 2×2 diagonal matrices that generate 64 triplets when multiplied three times using the tensor product rules, the same mathematics used in studying vibrations and oscillations in physics and engineering,  and (b) that these 64 triples exactly match the 64 genetic codons [3], which phenomenon was referred to as the Petoukhov coincidence in [4].  This finding let Petoukhov to conclude that all organisms are systems of oscillators with large degrees of freedom (see Slide #29 attached).

(ii) The Planckian Distribution Equation (PDE) derived in 2008 at Rutgers by replacing the universal constants and temperature in Planck’s blackbody radiation equation fits almost all long-tailed histograms reported in various fields, including atomic physics (see Slide #23 (d)), protein folding, single-molecule enzymology (see Slide #24(e)), whole-cell RNA metabolism in yeast (see Slide #24 (b)), and human breast tissues, fMRI (functional Magnetic Resonance Imaging), decision-making psychophysics, glottometrics, econophysics, and cosmology [5].   And most importantly, the Planck’s blackbody radiation equation (and hence PDE as well) is a function of two terms, one reflecting  the number of standing waves and the other reflecting the average energy of the standing waves (see Equations (1) and (3) in Slide #23 attached).

(3)  The traditional/classical molecular genetics has been focusing on the nucleotide sequences of genes and the corresponding 3-dimensional structures of proteins as determiend by X-ray crystallogrpahy.  The recent evidence cited above that waves may play a fundametnal role in living systems strongly indicates that the function of genes may depend not only on the linear sequences of nucleotides and associated static structures of proteins and enzymes but also on the dynamic waving processes and resonance interactions between oscillators, be they chemical bonds, nucleotides, DNA segments, enzymes, and chemical concentration gradients. If this conjecture turns out to be validated further in the future, the new genetics that will emerge based on the wave-particle duality may be the first  well-established branch of what is here called “biocymatics”. 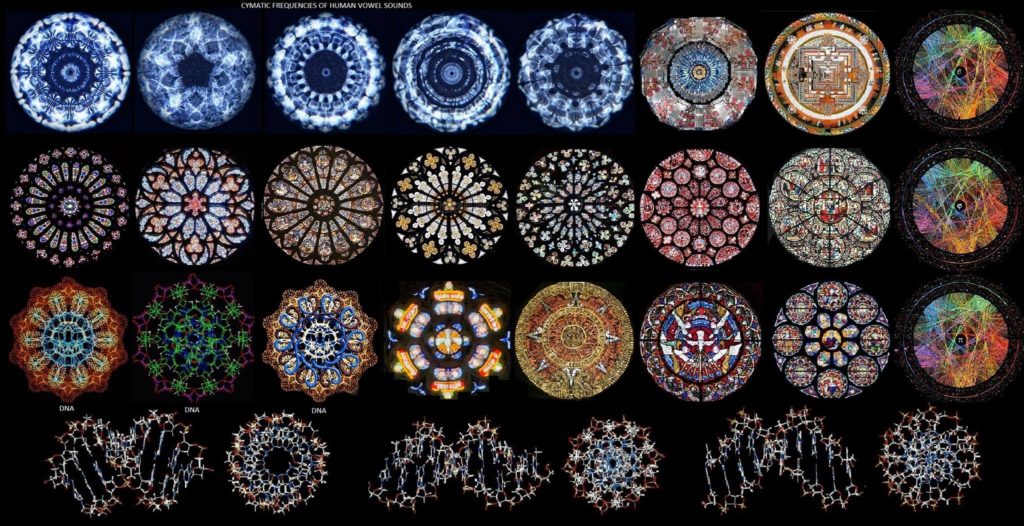 THIS ARTICLE WAS SOURCED FROM: http://www.conformon.net/category/biocymatics/page/2/

[1] Defined here as the study of sound waves visualized as water-wave patterns measured with a digital CymaScope invented by John Stuart Reid in 2002 and digitalized in 2017 in collaboration with Sungchul Ji with the financial support from GreenMedInfo, Bonita Springs,. FL (see “Cymatics has just taken a giant leap into the future, with profound implications for medical science” at  Breaking News, https://www.cymascope.com/cymascope.html).

[2]  The term ‘biocymatics’ was coined on or around August 15, 2017, when I visited J. S. Reid in Cumbria, UK, to perform experiments on yeast cell suspensions with or without glucose using the digital CymaScope in his lab.  We found that the presence of 1% glucose, 1% yeast suspension, or both had profound effects on the sound-induced water-wave patterns visualized with the digital CymaScope (to be called ‘CymaGlyphs’ for convenience) whose digital data are being planned to be analyzed using PDE (Planckian Distribution Equation).  It has been demonstrated that the digital data from a CymaGlyph can be converted to long-tailed histograms that fit PDE (see Slide #31 in the Power Point slide set appearing below), thus transforming a CymaGlyph into a set of three numbers corresponding to the three parameters, A , B and C, of PDE [3].  Our preliminary results indicate that the CymaGlyphs of living cells (i.e., yeast in the presence of glucose) are different from the CymaGlyphs of water, 1% glucose, or 1% yeast suspension, in that it is symmetry-breaking whereas those of the latter are symmetry-conserving.

[4]  Petoukhov, S. (2011).  Music and the Modeling Approach to Genetic Systems of Biological Resonances (GENETIC SYSTEM AND VIBRATIONAL MECHANICS).  The poster available at http://petoukhov.com/wp-content/uploads/2011/05/sciforum-003888-from-PETOUKHOV-2.pdf.