The Physics of Sound

Sound in air is the transfer of periodic movements between adjacent colliding atoms or molecules. This sonic energy typically expands away from the site of the collisions as a spherical or bubble-shaped emanation, the surface of which is in a state of radial oscillation.

The sonic bubble expands and contracts with the same periodicities as the initiating sound source. The accepted model of sound waves is incomplete because it uses the graphical representation of the mathematical law of sinusoidal energy, typically given as amplitude in the vertical axis versus time in the horizontal. While this is correct in terms of graphical depiction, it is not how the energy actually moves through space. 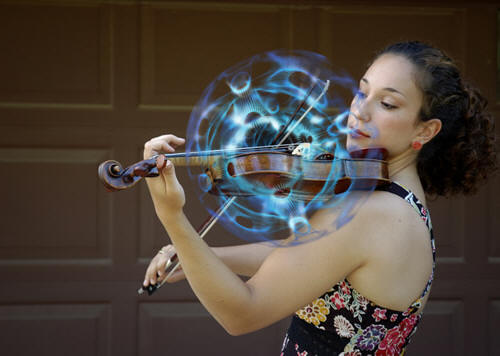 Sonic bubble enveloping a violin, frozen at a moment in time

Sound in air does not travel as longitudinal waves as is commonly described in physics text books. Sound propagates spherically in air due to diffraction, the reactive result of atomic collisions. Reciprocal effects in air occur in the jostling of molecules initiated by a sound event, causing components of the sonic energy to move in all directions almost simultaneously. The distribution of energy within the sonic bubble is always concentrated on axis with the direction of primary propagation from the sound source. 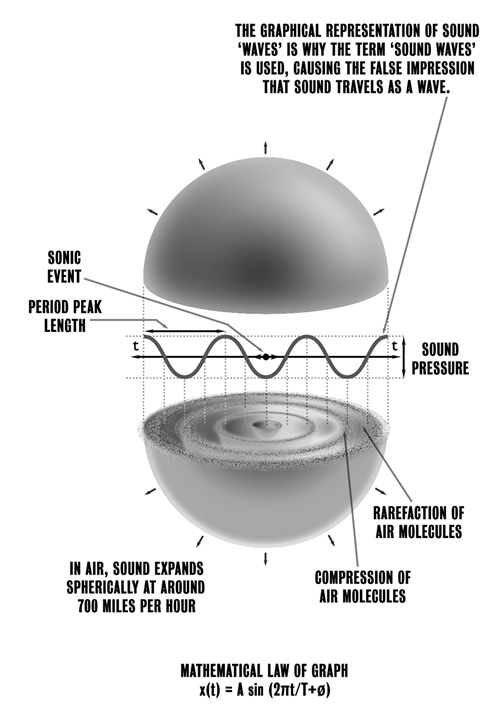 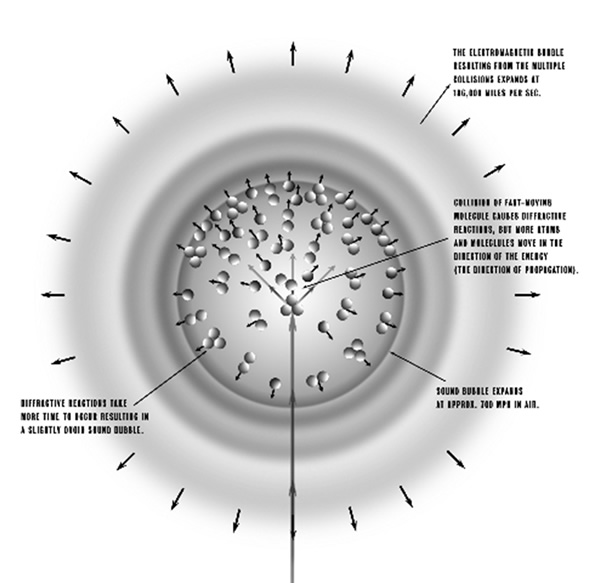 Sounds audible to humans are, as we have seen, essentially, spherical in form and invisible under normal circumstances. Using the emergent science of cymatics it is possible to image sound wherein we are able to obtain an analog of the sound sample periodicities in a form that permits close study. Imaging sounds cymatically requires a membrane on which the periodicities can be made visible, such as thin latex or the surface tension of water, typically captured by a still or video camera. Early experiments with latex, using fine particulate matter as the disclosing medium, showed fairly course detail in the geometry of the resulting CymaGlyphs. The surface tension of water is now the preferred medium onto which sounds may be imprinted, revealing their structure with fine detail and even revealing some 3D data.

It should be noted that the inherent resonance of the driving system and the surface tension of the water does influence the patterns obtained. These influences can be minimized by the use of electronic filtering techniques to flatten, as far as is possible, the response of the water to the chosen range of frequencies. Even so, it is not possible to be totally free of the resonances in a given system and allowance must be made in the experiments conducted. 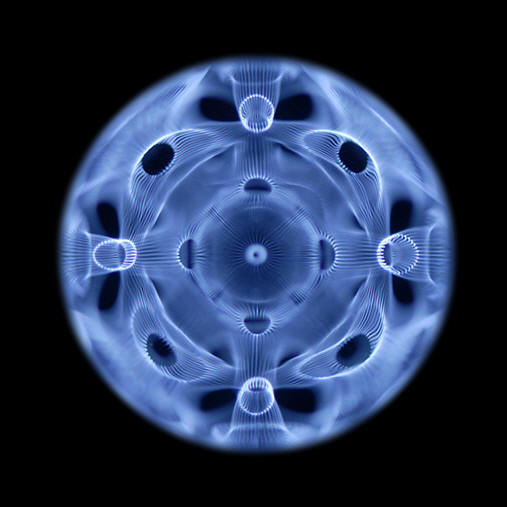 Ralph Vaughan Williams, Phantasy Quartet made visible on the CymaScope

The combination of gases that we term air consists of individual atoms, in the case of oxygen and nitrogen but as molecules, in the case of carbon dioxide. Other gases are present but in minor concentrations. When sound propagates in air, every atom or molecule lying in the path of propagation is involved in the process of passing on the sound data that originated from the sound source. The data takes the form of sinusoidal motions of the atoms and molecules that are in contact with the sound source. For example, if a sound source produces a tone of single frequency then the periodic motion of every atom and molecule will be of the same single periodicity. If the sound source produces a complex sound, with a multiplicity of frequencies, the atoms and molecules will each carry this array of periodicities.

The human voice is an example of a complex sound, wherein every single atom and molecule in the gases that form air transmit a multitude of vibrations that describe the uniqueness of the voice. As each atom or molecule bumps into its nearest neighbors their many periodic motions, representing the sonic data of the voice, is passed on at the instant of collision. If we could see the sound as it is being emitted it would appear as a bubble of sonic energy, the surface of which would shimmer due to every atom and molecule vibrating in unison.
Thus, I propose, sound is holographic. Theoretically, every atomic particle in a sonic bubble contains all the data of the sound source.

Ultrasound, the frequencies above the range of human hearing, provide an atypical case of sound propagation. At frequencies above 20KHz, the effects of diffraction and thus sphericity, tend to diminish, resulting in a gradual progression to a pencil-like beam. This tendency occurs due to the smaller periodic range of motion within each atom or molecule, resulting in insufficient energy to cause diffraction. However, sphericity begins to return at very high sound pressure levels, for example at 130 dBA and above because there is sufficient sonic energy to cause multiple collisions.

The Nature of Light

Sonic bubbles expand at approximately 700 miles an hour. Theoretically, this expansion generates an accompanying electromagnetic sphere that rushes away at 300,000 kilometres per second. As discussed above, it is proposed that the frequencies of electromagnetism created by sound are typically in the infra-red and radio frequency spectrum, depending upon the initial sound pressure. That is, high intensity sounds will likely generate infra-red energy and low intensity sounds will likely generate low levels of radio frequency radiation. As proposed above, I predict that the frequency of the emissions will be a function of the quiescent energy states of the atoms or molecules as well as their collision velocity.

Whereas the energy in the sonic bubble falls off rapidly with distance (sound outdoors typically radiates one mile), the electromagnetic sphere is not significantly attenuated by clear air. The electromagnetic sphere travels relatively unimpeded through the atmosphere to outer space where a myriad of examples of starlight show us that it will travel virtually forever unless it meets dense matter.

Sound pressure rapidly decreases as a result of the initial energy in the sonic bubble being distributed over a greater and greater surface area as it expands. The sonic bubble can only expand by the jostling of air molecules, which cause friction at the atomic level. As we have seen, theoretically, this friction creates electromagnetic energy. Sound pressure also decreases because a small amount of heat (electromagnetism in the infra-red/radio spectrum spectrum) results from each collision. Thus, sound energy dissipates, in part, due to its conversion to electromagnetism.
Theoretically, there are two component frequencies of oscillation in the sound-generated electromagnetic sphere. The first is the frequency of light created by the collisions. As we have seen, this oscillation is likely modulated by the inherent sound periodicities of the colliding atoms or molecules. The effect is similar to amplitude-modulated radio transmissions, although the SPEEC theory predicts a far higher “carrier” frequency.

In conclusion, SPEEC theory predicts that sound always has an electromagnetic (light) component. Accordingly, the frequencies of these components are either in the radio spectrum or in the infrared band, except where the sound pressure levels are extremely high. In such cases, sound would create visible light. 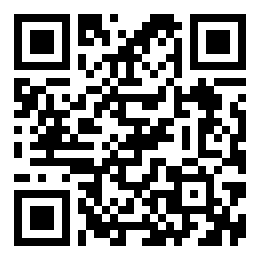 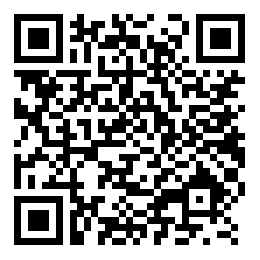