The phenomenon of superconductivity was discovered in 1911 when H. Kammerlingh Onnes cooled a quantity of mercury to 4.1K and found that it had lost all electrical resistance. This was soon followed by the observation of other metals which exhibit zero resistivity below a certain critical temperature. The fact that the resistance is zero has been demonstrated by sustaining currents in superconducting lead rings for many years with no measurable reduction. An induced current in an ordinary metal ring would decay rapidly from the dissipation of ordinary resistance, but superconducting rings had exhibited a decay constant of over a billion years! Think about what this means , the current in a super conductor circulates for years without any appreciable loss! 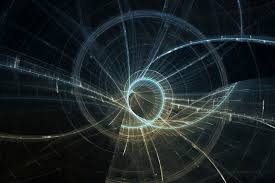 Theoretical discussions had long speculated about what would happen when conductors were super cooled, because it was known that resistance to the flow of an electric current was due to electrons colliding with each other and with the crystal lattice thereby impeding the smooth flow of current. It was reasoned that if the conductor were super cooled all of the electrons would have minimum movement and the vibrations or oscillations of the crystal lattice structure of the metal conductor would also be considerably lowered, resulting in the free flow of current. Although the premise proved to be correct it did so in a surprising manner. Metals such as copper, aluminium and silver which were extremely good conductors under normal temperatures, proved to respond poorly to the process of being super-cooled and did not exhibit zero resistance. Mercury on the other hand which is a fair conductor of electricity (906 ohms) but which cannot be used as a conductor due to its liquid form becomes a superconductor when cooled to 4.1 K although the current it can carry in this state is negligible. One of the properties of a superconductor is that it will exclude magnetic fields, a phenomenon called the Meissner effect.

In an earlier article : Gestalt Aether Theory and Magnetism :  I had explained how the crystalline lattice structure of metals was critical to both their properties as conductors of electricity and to their abilities to be susceptible to permanent magnetism. Thus the structure of the crystalline metal lattice involved, dictated much of the properties of of the metal. For instance silver, aluminium and copper all possessing Face Centered Cubic crystalline structures are good conductors of electricity and a look at how these Face Centered Cubic structure are packed with atoms immediately explains why they are good conductors of electricity since there is an excess of valence electrons present which can wander freely through the interstitial spaces of the conductor and offer good possibilities for conveying of a current. Iron, Cobalt and Nickel on the other hand possess Body Centered Cubic crystalline structures and therefore possess fewer free valence electrons, on the other hand all of these metals also possess the property of allotropy, which makes them excellent candidates for permanent magnetism. It follows that exactly the same criteria must apply also to superconductors, the property of superconductivity being to a large extent determined by the crystalline structure of the substance concerned. Sure enough Mercury turns out to have a simple trigonal crystal structure, which incidentally also has the smallest packing structure i.e., the least number of atoms in the crystal. This means that the electrons are very tightly bound to the atoms indeed, there are no electrons to spare. Theoretically, it appears that this indeed would be the ideal structure that might lend itself to superconductivity; at ordinary temperatures it is a fair conductor of electricity, yet its electrons are so tightly bound that it is a poor conductor of heat! It is possible therefore that a metal with such properties would when super cooled result in the cessation of all movement and display the property of zero resistance, and this is exactly what does happen.

Not surprisingly it turns out that, just as in the phenomenon of permanent magnetism, in super conductivity also, the best results are obtained not through pure elements but through the use of alloys. In the case of magnetism , alloys such as aluminium , nickel and cobalt to make Alnico magnets, gets the best results. Similarly with regard to super conductivity it is found that yttrium compounds consisting of copper, barium and other materials such as lanthanum, yield by far the best performance as super conductors.

Where does Gestalt Aether Theory enter into all this ?

How is this possible? In order to understand how the original photon energy is shared we have to come back to the concept of frequency, in this case photons are being emitted at the rate of $latex 5.50 *{10}^{16}$ photons per second, as these photons travel up the line their energy is also shared laterally. 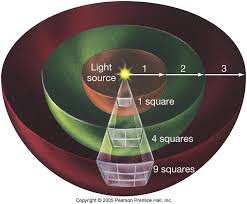 Photons in a wire carrying electricity

Now think of things within  a super conducting material that has been cooled to the critical temperature. If a charge is introduced into the superconductor what happens? Things are extremely ordered, each photon has its chosen bound electron there is no confusion each electron is emitting and absorbing conduction photons in an annular pattern within the conductor, there are no photons exiting the conductor. In an earlier article on magnetism: Gestalt Aether Theory and Magnetism: , a description had been given of how in certain metals such as iron, nickel and cobalt it was bound valence electrons in the conductor that emitted and absorbed ‘conduction’ photons. In super conductors a similar situation arises but carried to such an extreme, that no conduction photons exit the conductor at all. The current is restricted to going round and round within the wire, being absorbed and emitted by the same electrons. Since no lines of force appear around the conductor it follows that no lines of force from an external source can react with the conductor. At the same time since the conductor is surrounded by the ’virtual photon aether’ it follows that conduction photons circulating near the surface of the super conductor will interact with the ‘virtual photons’ of the Aether. What form will this interaction take ? Look at the image below:

This is perhaps the final proof of the Gestalt Aether Theory. Here just by following simple reasoning based upon  hypotheses made in the best Newtonian tradition, predictions can be made that are borne out by experimental proof. Cooper pairing as an explanation for this phenomenon just does not cut it!