Healing is Voltage – The Electrical Connection between Health, Dentistry, and Emotions by Jerry Tennant

HEALING IS VOLTAGE & THE DENTAL CONNECTION TO HEALTH 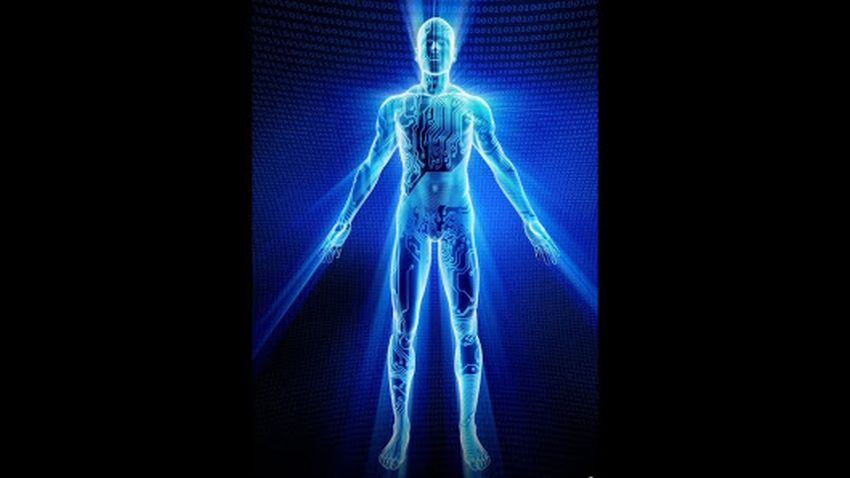 As you may know, at the current rate, 53% of Americans will die from cancer. After nearly 100 years of experimentation with chemotherapy, only about 5% of those who get cancer who get rid of the tumors and not have them return. This is obviously a failed system. It is perpetuated by the fact that each cancer patient is worth about $2 million in revenue to those who care for them.

There has been an increasing awareness documented in traditional medical literature about the role of the mouth in many diseases including cardiovascular disease. Now a study by Bob Jones has shown that there is a dental problem (root canal, bone infection, etc.) in the same acupuncture meridian as the cancer in 100% of 10,000 patients studied. Obviously one cannot do a double-blind study on cadavers, but at some point, the relationship becomes obvious even to the skeptics. This relationship is supported by the findings that there are four particular proteins that protect cells against becoming malignant, P21, P27, P53 and CDK2. Jones took washings from root canal teeth and found that the toxins from these washings would inhibit the binding of these proteins to DNA at a 5% dilution. The toxins from root canal teeth are one of the most toxic substances known! Of particular interest is the fact that they prevent cells from having their normal protection against becoming cancerous.

This finding should not be a particular surprise. The dentists are the only doctors who purposely leave dead tissue in the body. A root canal tooth has had its nerve and artery removed to stop pain and thus it is dead tissue. Dead tissue in the body always gets infected—that is true whether you are talking about a tooth, an appendix, or a big toe. In the 1950’s, a dentist named Weston Price put teeth that he pulled under the skin of a rabbit. In 100% of over 300 cases, the rabbit would get the same illness as the patient from whom the tooth came. This occurred in less than one week.

In the 1950’s Royal Rife implanted a human breast cancer into a rat and the tumor began to grow. He then removed that tumor and implanted it into another rat. It grew there as well. He continued this transfer 100 times. This ability to transfer breast cancer from one animal to another supports the idea that cancer is an infectious disease. The fact that he transferred the tumor surgically and thus created an alteration of the voltage where the tumor was implanted is likely important. Fungus cannot grow unless the voltage of the host is low.

The next piece of the cancer puzzle is that fungus is always present in our bodies. It cannot grow if the body has its normal defenses (normal voltage), but grows quickly into a tumorous mass when the cells can’t defend themselves. People who die with cancer usually die from the Candida fungus that is always present in cancer patients. It has been assumed by physicians that these fungi are simply parasites that are present when the immune system is weakened (as it always is with chemotherapy). However, Dr. Tullio Simoncini from Rome has shown that the cancer is a RESULT of the fungal growth, not a side effect! The scenerio is that the dental problem produces severe toxins. These toxins lower the voltage in the organs attached to that acupuncture meridian. With low voltage and inhibited protective proteins, the Candida can begin to flourish. Candida eats anything it can find (not just carbohydrates as has been popularized). It forms large white masses which are present on every tumor. It is the fungus that is the aggressive part of cancer, not the cells that have been damaged by the dental and fungal toxins. Parts of this fungus can break off and metastasize to other places and begin to grow there as well. The different “kinds” of c.ancer are simply the way different cells look when they are being damaged and consumed by the fungus. This includes the DNA changes that are observed in cancer cells. Cancer cells are the result of damage from dental and fungal toxins and are not the cause of the problem but rather the result of the problem. We have been looking at things backward for 100 years!

The substance that works better than anything else to kill fungus is sodium bicarbonate (baking soda). Dr. Simoncini showed us videos of tumors in the colon, lung, etc. The tumors were seen to melt away as the fungi were killed with the solution of baking soda. You can see these videos yourself at http://www.cancerisafungus.com /cancer-fungus-news.html

The fungus cannot grow if the voltage in the tissue is normal. The bicarbonate works as an electron donor to raise the voltage. If you cannot get to the tumor (colon cancer tumors can be seen with a scope, brain tumors cannot), you must give the treatment intravenously. However, unlike chemotherapy, there are no side effects to the bicarbonate except a fever and chills for about 30 minutes when the tumors die.

It is thrilling to finally understand the cause of cancer and that we have such an easy and relatively inexpensive way to treat it. However, it is obviously best to prevent it by removing any root canals you have before you get the cancer and never have another one. A few weeks ago, I spent time with an oncologist in Arizona. As Jones found in his study, 100% of the cancer patients had a measurable dental problem and most of them had root canals. Most of them got cancer about 5-7 years after the root canal.

George Meinig, DDS, the dentist who invented the root canal procedure has spent much of his life lecturing on why the procedure should never be done. His book is called The Root Canal Cover-up and is available from Amazon.

Another toxin that inhibits the proteins mentioned above is mercury. Mercury is so poisonous that you have to wear a biohazard suit to handle it—unless you put it into the mouth and then the FDA says it is safe! However, the FDA admitted in court a few weeks ago that it has no proof that it is safe—duh!! You should get the mercury out of your mouth as well. However, be sure your dentist puts a sheet of rubber (rubber dam) around the tooth so you can’t swallow the fragments as he/she is drilling out the mercury. You must also have an oxygen mask so you don’t breathe the mercury fumes coming out of your mouth or the mercury will go straight to your brain. If your dentist says this isn’t necessary, go to a different dentist. I personally had my throat swell shut a few minutes after my dentist removed my mercury because I didn’t know about the danger and, of course, he didn’t protect me or himself (the reason dentists have the highest rate of suicide of any profession = mercury poisoning??)

I hope you are as thrilled as I am to know that half of us will not die from cancer as would happen without this knowledge.