Wave Genetics has shown that genetic traits can be changed, activated and disactivated by use of resonant waves, beamed at the DNA. The proponents of Wave Genetics have, through well-designed and implemented double-blind experiments, physically and clinically, repeatedly proven the ability of Wave Genetics technology to regrow vital internal organs, in vivo, without the requirement of difficult, dangerous and expensive surgical procedures. Applications of Wave Genetics technologies have uncovered the entire range of functionality of the DNA (including the functions of so-called “junk DNA) and the entire Genome. Wave Genetics makes the entirety of the DNA system available and directly controllable, for the direct benefit of all life, without the need for dangerous and antiquated “recombinant DNA” methods, and without the need for any “stem cell” culturing techniques. Additional applications which arise from Wave Genetics include a very reliable life extension technology, which could be easily applied to any living being, no surgical intervention required. 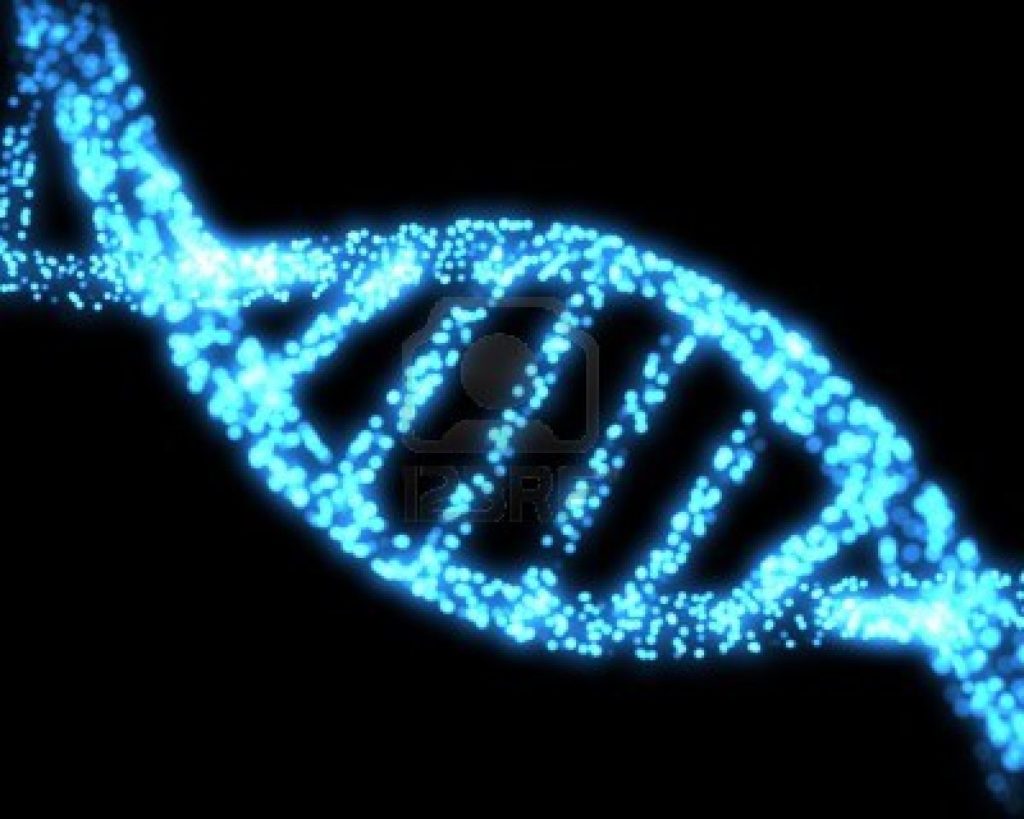 Brief introduction into WaveGenetics
The history of wave genetics has been developing for more than 80 years. In 20s and 30s of the last century Russian scientists, A G Gurwitsch and A A Lubishev postulated that not only does genetical apparatus of living organisms on the Earth operate at material, physical level but also at certain waves/fields level and is able to transfer genetic data/information via electromagnetic (EM) and acoustic waves. The science has recently taken a major leap in its advancements of the theory and reproducible experiments and thus the theory of wave genome has been put forward.

One of the first attempts to rationalize and expound the wave genome theory in Russia had been made by P P Gariaev and A A Berezin from the department of Theoretical Matters of Russian Academy of Science, and also with participation of A A Vaciliev, a fellow member of Institute of Physics of Russian Academy of Science. As a theoretical foundation, principles of coherent physical radiations, holography and solitons, theory of physical vacuum, fractal representation of DNA and human verbal expression/speech have been employed to describe and substantiate the empirical results obtained through many experiments conducted.

The quintessence of the wave genome theory may be represented as following:
genome of the highest organisms is considered to be a bio-computer which forms the space-time grid framework of a bio-systems. In that bio-system, as the carriers of a field epi-gene-matrix – wave fronts are being used, which are assigned by gene-holograms and so-called solitons on DNA – distinct type of acoustic and electromagnetic fields, produced by biogenetic apparatus of the organism/bio-system under consideration and being a medium of strategic regulatory data/information exchange between cells, tissues and organs of the bio-system.
It is also vital to note that the holographic grids/frameworks, which are also the elements of fluctuating structures of solitons, are, in fact, discrete simplest cases of code-originated information, anchored in chromosome continuum of an organism.

At present the dominant viewpoint in respect of genetics and molecular biology is that[1]:
the genetic apparatus functions as a purely material structure all the functions of genetic control of an organism occupy approximately 2 % of DNA of a bio-system and fulfill designated functions such as replication of RNA and proteins, so called coding DNA of an organism. The other 98% is considered to be “junk DNA” not carrying out any genetical functions, which may represent a graveyard of virus DNA.

The biologists and geneticists use the language of analogies and metaphors to explain how genetic apparatus operates. The genetic apparatus consisting of 46 chromosomes is viewed as a library consisting of 46 volumes or books. Each book (a chromosome), contains a text (instructions of how to build an organism) which consists of sentences (DNA) consisting of words (genes). And each word (a gene) consists of 4 letters (certain “chemical letters”), i.e. the “genetic alphabet” consists of only 4 “letters”. The material realizations of the DNA molecules are famous double helixes, consisting of segments which are genes. In essence, genetic apparatus operates as follows. The texts, written in the “DNA language”, are first translated by the organism into the “RNA language” and then into the “Protein language”. And proteins are the stuff that we are mostly made of (not counting water). Proteins perform two principle functions in the organism: they metabolize substances that we eat and participate in the morphogenesis, i.e. development of the spatial-temporal organization of an organism. 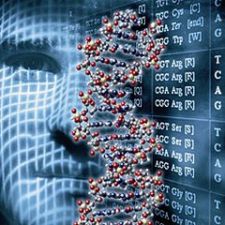 It is to be pointed out that the primary focus of the wave genome theory is on the remaining aforementioned 98% of chromosomes as being the key “intellectual” structure of all cells of an organism including the brain. It is those chromosomes that operate on the wave, on the “ideal” (fine-field) level.

It the ideal component, that may be called super-gene-continuum, is a strategic vital figure/formation that ensures development and life of humans, animals, plants and also their programmable natural dying. Along with that, it is important to conceive that there is no sharp and insurmountable distinction between genes and super-genes. Both these levels of encoding constitute material (physical) matrixes, however genes supply material replications in the form of RNA and proteins, whereas super-genes transform endo- and exogenous fields, forming from them super-gene-signal wave structures. Furthermore, the genes may be components of holographic grids/frameworks of super-genes and supervise their field activity.

Particular attention in the wave genome theory should be devoted to substantiating of the unity of fractal (replicating itself on varying scales) sequence structures of DNA and of a human speech. In 1990 Jeffrey Delrow discovered four “letters” of the genetic alphabet (Adenine, Guanine, Cytosine and Thymine) in DNA “texts” form fractal structures.
Later on, a discovery of similar fractal structures in a human speech, not limited to multy-letter alphabets of Russian and English texts and including a sequence of words from those texts came as a promising surprise for both genetics and linguists. Nonetheless this is in accordance with a branch in semiotics named “Genetical Linguistics”, which studies incomprehensible and unexplainable precise application of laws of Formal Genetics to formation of interlingual and intro-lingual words-hybrids.

A group of scientists headed by P P Gariaev and M U Maslov, developed a theory of so called fractal representation of natural (human) and genetical languages. Within the confines of this theory it is said that the quasi-speech of DNA possesses potentially inexhaustible “supply of words” and, moreover, what had been a sentence on the scales of DNA–“texts” “phrases” or a “sentence” becomes/turns into a word or a letter on the other scale. Genetical apparatus can be viewed as the triunity of its structure-functional organization consisting of holographic, soliton and fractal structures. 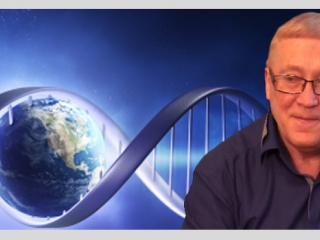 This theory allows a refined quantitative comparison of symbolic structure of any texts including genetical. Thereby a possibility has been wide open to approach a deciphering of a lexicon of one’s own gene-code, and accordingly, more accurate composition of algorithms of addressing a genome of a human with an aim of potentially any type of programming of one’s vital activity such as treatment, increasing one’s life expectancy and so on and so forth.
Empirical tests of wave genetic theory in the light of “speech” characteristics of DNA demonstrate strategically correct stance and direction of the research.

Phenomenal experimental findings may be briefly presented here. For the first time in history of the science we successfully managed to obtain experimental evidences of abilities of the genetic data/information to function on more than simply one material level, for instance, in the wave/field (electromagnetic) form
Over decades, having been conducting extensive theoretical researches, we successfully managed to formulate theoretical biology and physics-mathematical description, explanation and substantiation of fundamental principles of genetic apparatus functioning on the wave/field level.

These principles allowed us to design and create a quantum bio-computer essential element of which is a specially tuned laser beam with certain wavelength and frequency characteristics.

The quantum bio-computer can perform:

i. Scanning and reading the wave/field equivalent of the genetical-metabolic data from the (stem) cells, tissues, organs of a donor’s bio-system employing photon of the laser beam;
ii. Conversion of the photons obtained into wide-wavelength-band preserving the scanned and read data;
iii. Precise and pointed introduction of such scanned and converted principal/dominant data radio waves into the organism-recipient, located at a certain distance from the donor’s bio-system (from few centimeters to 20 km);
iv. Strategic control/management of metabolism and postembryonic morphogenesis of the organism-recipient according to two vectors/modes:
a. “Do as/what I do” – that is holographic principle, and
b. Wave/field transmission of a signal that contains commands activating required programs in the stem cells of, for instance, rats; programs that direct/guide the stem cells development on their way of, as in our experiments, building pancreas gland in rats. These vectors/modes are intended to be used on humans. 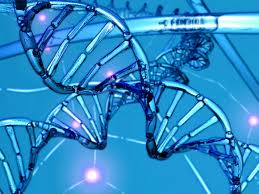 At present we are able to program/manage/encode stem cells of various types by means of a quantum bio-computer. The quantum bio-computer initiates wave/field-based commands, given to cells and tissues of the donor/recipient, and accordingly the stem cells exposed to the waves/field will be prompted to guided cytodifferentiation leading to emergence and development of planned/projected new organs and tissues. This will bring us closer to the fact of substantially increased life expectancy.

Significant achievements in applying WaveGenetics have been made thus far in regeneration of pancreas in rats previously destroyed by chemical substance called alloxan.

Three series of experiments with identical protocol were conducted by the groups of P. Gariaev in 2000 in Moscow Russia, in 2001 in Toronto, Canada, and in 2005 in Nizhni Novgorod, Russia. These are more advanced experiments based on the principles and technology of WaveGenetics. The goal of the experiments was to test new technology for regenerating damaged pancreas. Pancreas is an endocrine gland which has several vital functions, the major one being production of insulin, a hormone responsible for sugar metabolism.

A control group of rats was injected a lethal doses of a poison called alloxan which destroys pancreas. As a result, all the rats in the control group died from diabetes in 3-4 days. Then the same lethal dose of alloxan was injected to another group of rats. And when the rats reached the critical condition, they were exposed to light images/waves coming from a quantum bio-computer. Those light images/waves were created beforehand when the bio-computer read information from the pancreas surgically removed from healthy newborn rats of the same species as those used in the alloxan experiments.

In some of the experiments the quantum bio-computer was modified to allow successful transmission of the healing information to sick rats at the distance of 20 kilometers. Note, that no known physical fields have the capability to transmit such extremely week signals with such unbelievably powerful results.
Furthermore, the WaveGenetics research and application has significant prospects of solving issues as regards ageing process in humans and increase of life expectancy. This view is grounded on the experiments we have been conducting with rats.

It is Opportunities of technologies of WaveGenetics are not limited to what has been outlined above. The development and application of the technology is far-reaching and is substantiated by experimental data obtained in numerous tests, experiments, observations.
In addition, it ought to be mentioned, such a technology – a quantum bio-computer, is capable of:
treating oncological diseases on fundamentally distinct basis – without use of any chemical substances,
eliminating pathogenic viruses and bacteria and agricultural vermin parasites – also without used of any chemical substances.

It may seem as a technology of another age, from distant future. However, a discovery of fundamental properties of living organisms is occurring today and it is our task to research and explain the phenomena and bring it to the service of humanity.