Ley Lines of the UK and USA by David Cowan

Ley Lines, corridors of ancient and sacred sites, like standing stones and circles, churches, abbeys, cathedrals and burial grounds have been a peculiarly British interest for decades, partly because there are so many of them  and partly because the island has an excellent coverage of 1 inch O.S. maps. So often scoffed at by scientists of all designations, the work of one dedicated Earth Energy researcher from Scotland has brought a breath of fresh air to the subject.

David R. Cowan, in his first book on the subject, “Ley Lines and Earth Energies” shows how our ancestors several thousand years ago built a highly complicated pattern of energy fields across Scotland. The castles of Edinburgh and Stirling, he found, are sitting on top of their volcanic plugs emitting waves of natural energy like the spokes of a bicycle wheel. Where these energies cross, our ancestors built their clan burial grounds (illustration 1). The box at the top is the section he walked, following these leys with his divining rods to establish this theory.

Much later he discovered that his home town of Crieff in Perthshire has three of its main streets forming a right angled triangle, with streams of vertical waves of energy (2-3 metres wavelength) emitted from three volcanic plugs, two of them with castles on top, one with an ancient four-stone circle. This right-angled triangle is only part of a complicated six-pointed star with outlying clan burial grounds and other sacred sites, like standing stones and circles for instance (illustration 2).  A volcanic plug is an extinct volcano with its surrounding ash eroded away. Scotland has 14 of these plugs on its mainland, with other outlying islands.  Castles, like Edinburgh Castle were built on these plugs (illustration 3).

Eventually he realized that there were other obvious triangles of this nature. Robin Heath, in his book “Powerpoints” cites the remarkable right-angled triangle of capital cities in the United Kingdom, from Edinburgh, capital of Scotland, south to Cardiff, capital of Wales and East to London. Using his theory that many leys were emitted from volcanic anomalies, David found that the new Scottish parliament had been carefully placed between the volcanic plugs of Calton Hill and Arthur’s Seat to power this system. This particular site was against the wishes of most of that citys conventional city planners. (Illustration 4).

Looking further afield to the USA, he found another right-angled triangle – the Federal Triangle of Washington. David Ovason in his book “The Secret Architecture of Our Nation’s Capital” points out that the Capitol is at the base of a straight line running through Pennsylvania Avenue to the White House, and on to the George Washington’s Statue. About August 10th the Sun can be seen setting at the end of the avenue with the right-angled Christianized constellation of Cygnus following. Unknown to David Ovason, if you project a great circle to the south east you can find one source of this energy ley, an extinct volcano on the island of the Azores with another two anomalies, this time the volcanic plugs of Bear Butte and the Devil’s Tower, (illustration 5),

both sacred to the American Indians, in line to the north-west – two volcanic plugs and an extinct volcano in line with Pennsylvania Avenue, a very powerful place indeed. It was designed by French-born Pierre L’Enfant and Thomas Jefferson, of Scottish descent and a Freemason. (Illustration  6).

About twenty years ago David received a telephone call from a friend in the nearby Tourist Information Centre in Crieff, Perthshire. “I have a glamorous American blond here who has read your first book and is dying to meet you.” That was when he met Bernadette Cahill, author and radio presenter of Irish extraction, brought up in Robert Burn’s house in Scotland, now living in the USA. He invited her into his house for a cup of tea and a chat about Geopathic Stress, the subject of his first book, before he became interested in ley lines. When she left she hesitated at the door and said “you know, I live in Jackson, Mississippi, and every time I go there I feel so ill that I have to leave. Other incomers sometimes feel this, although those born and brought up there never seem to have that problem. David replied “when you get back to Jackson, try and find if there is an underground stream or geological fissure below you house – that can often cause health problems. A few weeks later she telephoned him excitedly to tell him that she had been to the geologist’s office and discovered that there was an anomaly, a 19,000 ft. sub-surface volcano directly beneath the city, with the Colisseum above the central vent, looking for all the world like a volcanic cone itself. (Illustration 7).

That led her to discover that all of the capital cities in the USA had been built in straight lines North to South and East to West! David used his knowledge to further extend these lines, to discover, to his amazement, that the lines of energy she had plotted come from extinct volcanoes on the islands of the Azores, Bermuda and Galapagos.  The whole of America had been planned on an esoteric knowledge of Earth Energies and astrology from the very beginning. (Illustration 8).

The question remains, however, what were these energies used for? Reverting to illustration 1 we can picture, say, a King, sitting on top of Edinburgh Castle volcanic plug with its energies radiating out like the spokes of a bicycle wheel, pulsing through and back of many hundreds of clan burial grounds. The King could also be sitting on top of the magnetic Stone of Destiny, a carved meteorite originally thought to be Jacob’s Pillow, taken by him when in Haran from  present-day Turkey, then by a Scythian princess, Scota, the daughter of the Egyptian Pharaoh Smenkhkare who married the Greek prince, Gaylethus and settled in the new country which she called after herself. The King would be wearing a crown of precious jewels stolen from conquered lands, and would be holding a bejewelled sceptre, with his archbishop by his elbow, also holding a sceptre and wearing his pointed mitre hat. This smacks of ceremonial magic, possibly to subtly control the whole population of the country and especially any usurpers.

Even Big Business has got in on the act, as there is another powerful ley line through three volcanic plugs in Edinburgh: North Berwick Law to the East, Calton Hill in the centre, and way down to the south-east, The Giants Causeway in Ireland passes through three main streets: George Street, Princes Street and Union Street, which are all in line with this wide stream of natural telluric energy and has no less than nine banks, many insurance companies, the Headquarters of both the Speculative Society of Freemasons and the H.Q. of the Church of Scotland among other important utilities.

This knowledge is still alive, although  in a rather muted form, known only to a very few, but now after reading “Ley Lines UK and USA”  the spark will be there for anyone who wishes to use it. In Freemasonry, the apprentice can travel through 33 degrees (33–Christ and King Arthur died at 33, there are 33 bones in the human body, and the Sun takes 33 years to travel from one point on the horizon to another point on the horizon and back) to reach “enlightenment” – that is spiritual enlightenment, the evolution of the human spirit which we should all seek, but have gone astray. 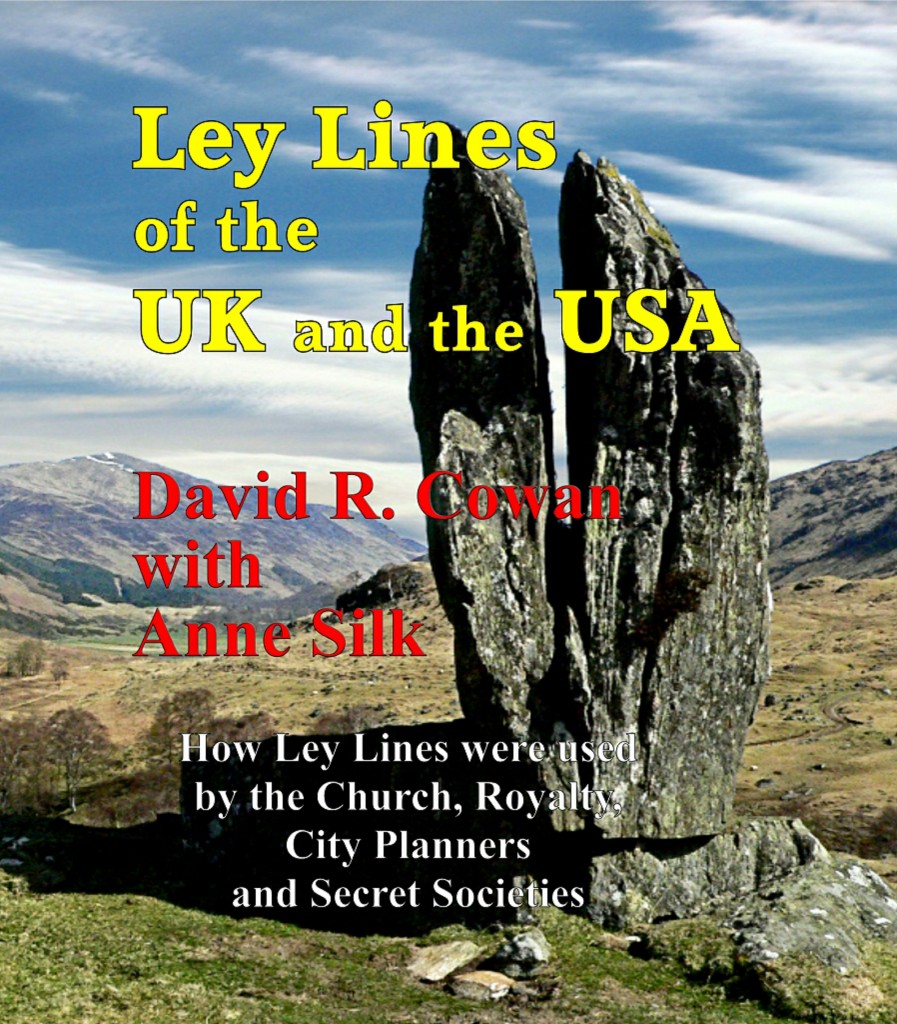 Scotland has played a large part in transmitting this knowledge to the USA. A party of Masons, most of them from Aberdeenshire, built the White House, and  laid the corner stone, then retired for a “harmony” – sixteen toasts, probably of whisky. When they arrived back the following morning no-one could remember where the corner stone was – possibly an apocryphal story.

What is certain is that the Scots paid a major part in the formation of the USA, as George W. Bush, one time President of the United States, spoke of the great debt of honour that Americans held for those of Scottish descent who have “made enduring contributions to our Nation with their hard work, faith and values”. 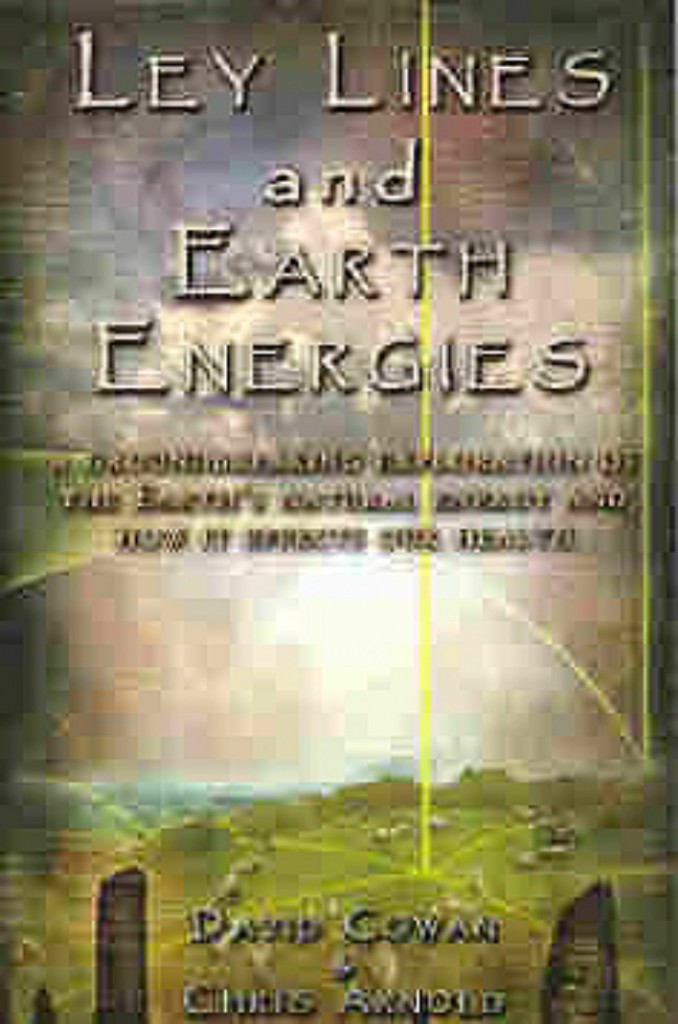 He went on to acknowledge the role that the Scottish Declaration of Arbroath in 1320 played  in forming the American constitution, citing the “Scots strong dedication to liberty” and also “their tradition of freedom” that they brought with them to the New World.