This invention relates to torsion fields, an in particular to a device for providing protection from torsion fields for users of electronic equipment.

BACKGROUND OF THE INVENTION

Torsion fields are generated by the classical spin, or by the spin angular momentum density (on a macroscopic level) of any object. The spinning of an object sets up polarization in two spatial cones, corresponding to a left torsion field and a right torsion field. At an atomic level, nuclear spin as well as full atomic movements may be the source of torsion fields. This means that all objects in nature, live or dead, generate their own torsion field.

Torsion fields may also be generated by other methods in addition to the classical spin of particles. A wide spectrum of geometric forms of substances and objects are a natural source of torsion fields. Objects with a certain surface geometry will simultaneously generate left and right torsion fields of a certain configuration depending on the geometry of the object. Examples include, pyramids, cones, tridents, cylinders, and flat triangles.

SUMMARY OF THE INVENTION

The ring may also have a first end and a second end forming a gap in the ring.

BRIEF DESCRIPTION OF THE FIGURES

FIG. 1 is a side cross-section of one embodiment of the present invention; 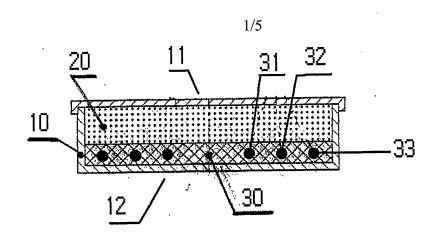 FIG. 2 is a top view of one embodiment of the rings located in the second chamber; 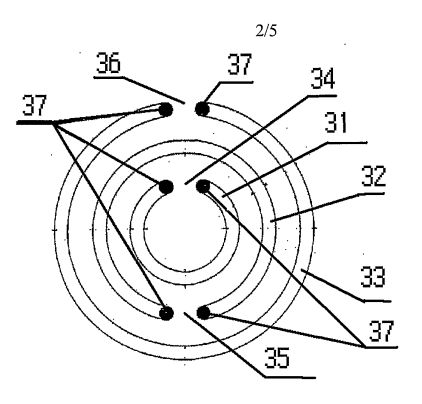 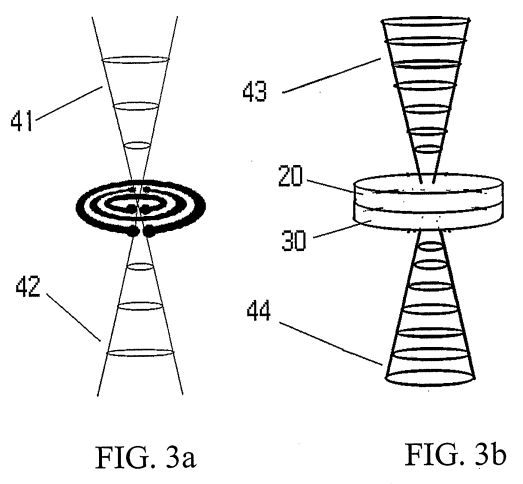 FIG. 4 is a view of the torsion fields generated by a monitor or television; and

FIG. 5 is a view of the effect of the present invention on the torsion fields of the monitor or television. 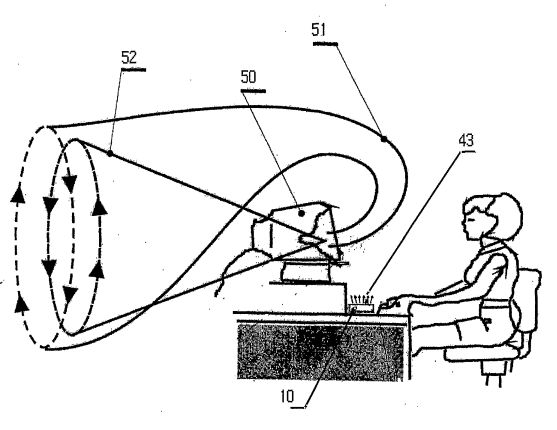 FIG. 1 depicts one potential embodiment of a device for generating a right torsion field to provide significant protection to a user from left torsion fields, especially those generated by electronic equipment. The device includes an outer body 10 having a first chamber 20 and a second chamber 30. In one embodiment the outer body 10 is in the shape of a disk and is constructed from an inert plastic mass that does not affect the functionality of the device. Of course the outer body may be cylindrical, rectangular, or any other shape, and may also be constructed from any other material that would not interfere with the generation of torsion fields by the present invention.

The salt solution may be approximately 5% Cerium, 5% Lutetium, and 5% Erbium by composition. However, any other rare earth metal salt may be used in addition to or in place of the these elements. The concentration of the element may also be varied.

Since water molecules have a high dipole moment, the hydroxyl and hydroxonium ions that move from the point where they have appeared during dimer decomposition and rotate in the same area but in opposite directions will orient the nearest water molecules as if stringing them on the arch of a cycloid. This results in the unification of molecules situated on the hydroxile and hydroxone arches into flat circular associates due to collective aquatic links. Circular associates that appear are extremely passive because they are unpolar, neutral and slow moving due to their large size and weight. This makes the reconstruction of water into regulated ice-like structures easier. The ice-like structures generate the left and right torsion fields.

The strength of the left and right torsion fields generated by the salt solution alone is related to the volume of solution present. However, the volume necessary to generate a torsion field with sufficient strength to repel a left torsion field from electronic equipment would be too large for convenient use.

The first chamber 30 includes at least one ring. In one embodiment, the ring may be substantially cylindrical in cross-section. The ring may alternatively have a flat-crosssection or any other shape. The cross-sectional diameter of the rings may also be varied.

The rings are preferably metallic, such as zinc or copper but may also be constructed out of any other material that inherently produces a torsion field. The shape and material of the ring will affect the strength of the torsion field generated by the ring.

In one embodiment shown in FIG. 2, the first chamber 30 includes an inner ring 31, a central ring 32, and an outer ring 33. The three rings 31,32, and 33 are positioned concentric to one another on the horizontal plane. In one approach, each of the three rings is discontinuous, forming gaps in each ring. Thus, the inner ring 31 has a first gap 34, the central ring 32 has a second gap 35, and the outer ring 33 has a third gap 36. The rings may be oriented such that the gap for each rings is positioned 180 degrees from the gap in an adjacent ring along the horizontal plane. Thus, the first gap 34 may be positioned 180 degrees from the second gap 35. Similarly, the second gap 35 is 180 degrees from the third gap 36. Preferably, the size of the gap in each ring is the same. However, the size of the gap in each ring may be altered and each gap may be different in size from each other gap.

In another approach, present invention may include a third chamber that also includes salt solution. The third chamber may be located adjacent to the second chamber on the opposite side from the first chamber. In this approach, both the first right torsion field 41 and the second right torsion field 41 generated by the rings would propagate through a salt solution, further increasing the overall torsion fields generated by the present invention.

It should be noted that the present invention may be used to decrease the effects from torsion fields generated by any electrical equipment, including phones, vehicles, stereos, etc. For each device, the number of rings, the spacing between the rings, and the rare earth elements used may be altered in order to generate the appropriate right torsion field in order to repel the left torsion field from the associated electronic equipment.