Tesla discovered and used the law, which concerned fundamental properties of Ether, and the law, which structure the initially infinite and homogeneous ether. Supposition made about continuity of ether as one of the main cosmic mediums means that imaginary “center” of Cosmos is everywhere, that law of structuring of such medium should have analogues with the law of location of points at geometric spheres. There is no information that Tesla formed and told his theory in such a way, but he left some systems working on the principles, which are unknown to modern physics. The question is about ether generator, i.e. electromagnetic ball, which has constant electrical potential in spite of energy leakage, then about a synchronous motor working on gravitational waves of the planets of Solar system (this motor turns on independently at the certain season and reacts on the corresponding arrangement of planets. It also independently turns off, when resonance interval of time ends). Besides, Tesla designed a metal disk, which could be hang on some height and has antigravitational properties, which do not depend on attractive force of the given place.

Source: http://www.constantpresenttime.com/radovi_e.html
Parts of the structured ether can be resonant or not. In the first case a condensation of subatomic particles, such as electrons, protons, neutrons, takes place. These particles appear by means of resonance synthesis of photons, according to the same principles as during formation of photons as specific particles of ether. Asynchronous, non-resonant parts of ether form a space, in which resonating photons form matter.

Tesla’s Wardenclyffe Tower was a ” Pythagorean” oscillator. Mathematical description of transmission of particular electromagnetic waves was identical with Pythagorean creative method. Signs used by Tesla in his equations have a single-meaning physical interpretation. Principles of Tesla’s ether technologies belong to the level of cosmic existence, on which it is possible to control space and time. The principle of resonance and harmonic oscillation of ether seems to be so clear that all problems of modern physics, especially problems of energy conversion, will be solved with its development. 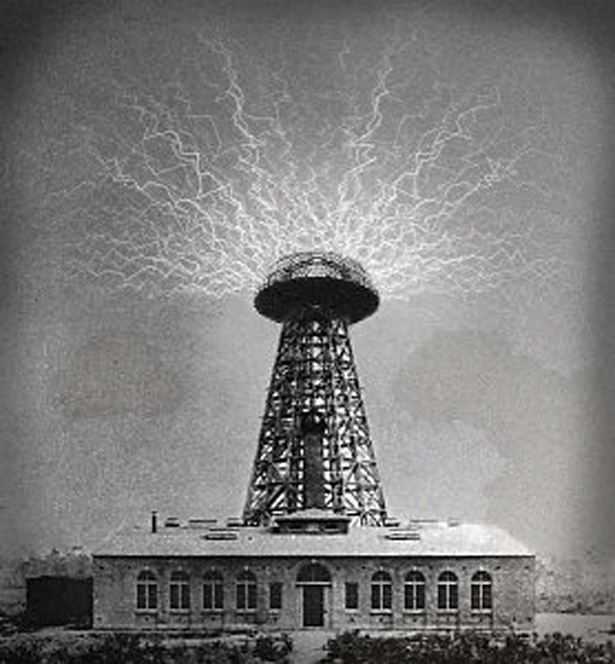 By means of his vacuum tube Tesla got protons, electrons and neutrons directly from physical continuum (ether) and reproduced them at any distance. Instead of giving a possibility to the bundle of protons to move free through space to some place, he created conditions for momentary appearance of arbitrary quantity of particles in the given place. Quantity of protons, neutrons and electrons was not limited by anything, difference in their quantity was stipulated by created shift in time.

Starting from suppositions that Tesla knew some unusual for science and still inconceivable laws of nature, we should think about what technical goals he followed using Wardenclyffe Tower and what consequences he expected?

1. To call oscillations of ionosphere. Since the difference of voltage between surface of the Earth and ionosphere constitutes about two billion volts, then the Tower is continually oscillating on upper and lower harmonics of oscillations of ionosphere up to full coincidence with it by phase (up to resonance) and can discharge it in the same way as usual electrical condensers are discharged. Due to the reason that such a charge could pass immediately, there would be a real threat to New York. A high-energy plasma column of a very big diameter (possibly of several hundred kilometers) would appear from ionosphere, and all situated in this space would be disintegrated. Of course, Tesla had no intention to destroy New York. He only wanted to take energy from ionosphere by means of short oscillatory intervals to recharge his huge oscillator, which required maximum voltage of one hundred million volts. As a system for hyperfine oscillating, Tesla used a huge quantity of ultraviolet lamps, placed at the top of his Tower.

2. To take energy from Ether. It is possible to shift time coordinates and produce an energy transmission by time cycles from the past to the future without any violence of electromagnetic equilibrium of environment by means of oscillation of non-resonance electromagnetic fields. Of course, it should be done with strict following of mathematical law, which determines the interrelations of frequencies with a great accuracy. In an opposite case, the results can get out of control and an unexpected destruction of material and biological objects or their momentary drop out form segments of our reality can take place like in Philadelphia. 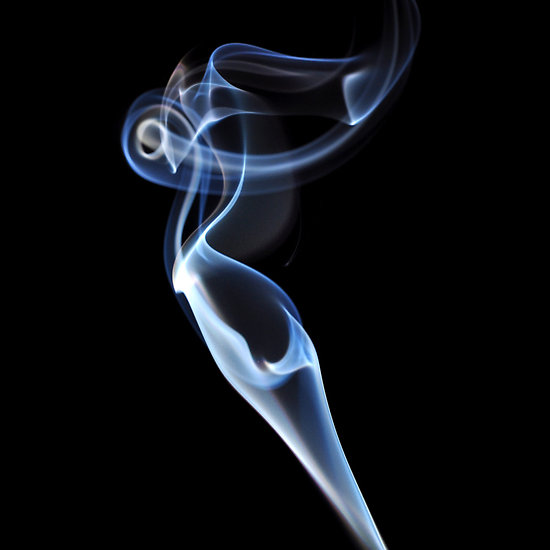 3. To open temporary windows in “parallel worlds”. Since parallel worlds have an electromagnetic structure with the wavelength and frequency of oscillations different from those of the Earth, then is could be possible to make some connection between frequencies of oscillations of our world and other worlds by means of complex harmonic oscillating. Due to this, some pictures of these worlds could become apparent in our earth conditions (and vice versa).

4. To accelerate human evolution. If we make a permanent high-frequency field harmonizing with collective electromagnetic field of people, then little by little it will be possible to achieve an increase in sensibility of perception and increase in ability to receive ideas. Radiation of these frequencies could be harmful: any disharmony of field (nonresonance) calls a partial separation of astral and physical substance of a man, it can lead to sickness (for example, cancer) or mental disorders. Full separation of one substance from another, of course, leads to death. In addition, all these processes act slowly. Due to their lack of knowledge, people pollute their electromagnetic environment more and more by radio waves, microwave radiation form locators (which call cancer, it was proved experimentally). Other electromagnetic radiation also has negative impact. These electromagnetic waves are in disharmony with frequencies of oscillations, which are natural for vital functions and for informational field of Solar system.

5. To be able to transfer the Earth planet into “parallel realities”. If Tesla could finish the construction of system made of five transmitters and start it, then he could make the whole Earth to be in the state of oscillating as a uniform resonance structure, and such oscillation, which is peculiar to some other reality, and thus physically move us to the “parallel world”. Thus possibly, he wanted to accelerate evolution of civilization. However, it could be very dangerous, because if the Earth enters the state of resonance oscillating with “parallel worlds” and it takes a long time, then catastrophes could occur like that was described in the myth about Atlantis. 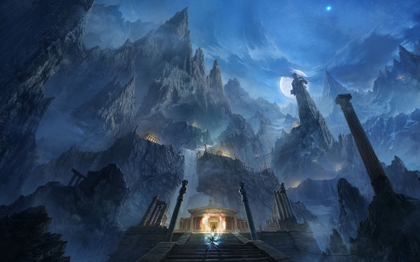 Modern experimenters should keep in mind that secret of physical world lies in metaphysics and as long as our science will be blinded with research of ” crude” matter, we will be in the state of illusionary split consciousness. It is necessary to provide a breakdown of human consciousness, and it will happen in physics. We should free human mind and adjust it to deep cosmological research.

Ethics is a cosmic principle, which contribute to energy distribution, isn’t it? Then it can get a status of natural law. And we will be able to explain to the supposed habitants of worlds, which are shifted in time, why we can influence on the Galaxy and stars by means of special reactors and why we take part in experiments, which directly change us.

If ethics is really a harmony and kindness is equilibrium of energy, then mathematical, cosmic ethics certainly acts in the world. It is impossible to violate mathematical laws. “There is no czar’s way in geometry” – said Euclid to the czar Edip, who worked on solution of difficult geometrical problem.

Cosmos itself seems to be a big experimenter. Our mind asks it the questions, which are clever or not. That’s why every true philosopher and scientist should reject the applied science appeared form defect and rigid theory, when he studies something concerned with cosmic phenomena. 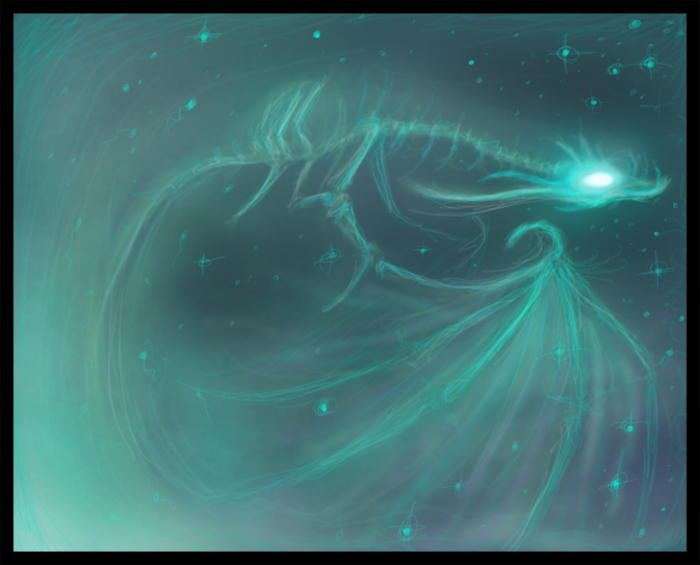 Evolution of Tesla’s philosophical positions beginning from oracular one and finishing with engineering ones, beginning from engineering ones and finishing with metaphysical ones, as Tesla’s private life, these all are the milestones on the way of formation of a new paradigm of scientific and technical civilization. His attitude to people and himself is a result of transpersonal absolute manifested in him. He had no personal attitude to anybody including himself and that’s why he did little mistakes during his life.

Tesla is often cited in modern science. The scientists, who didn’t notice contradictions of Maxwell’s electromagnetic theory until now, began to study Tesla, especially those who work on unification of electromagnetism, gravitation and strong and weak interactions. Is it true that matter is infinitely divisible or not? If space could be divided infinitely? Finally, what is the role of time in physical processes? May be time is only a measure, usual coordinate, as it is supposed in modern physical theories basing on the theory of relativity and quantum mechanics.

Aversion of Tesla’s ideas about ether as a basic medium, which structurally joins space and matter, led to stagnation in physical thinking and to continual returning to out of date ideas. In scientific circles, which take a risk of creation of a “new physics” Tesla’s concepts now become increasingly valuable and they are studied. There are experiments with ultra low and ultra high frequencies of oscillations, which have specific modulation and form the radiation of ionosphere. All possible consequences of it are still unknown. This includes control of meteorological phenomena, especially hurricanes and atmospheric pressure, infusion of thoughts at a distance by means of electromagnetism, i.e. resonance with electromagnetic transmitters. It becomes evident that it is possible in technology to imitate external electromagnetic manifestations of human thinking. It is the position of Tesla’s cybernetics. “A man is an “automatic machine” of cosmic forces” – underlined Tesla in his main articles and lectures. 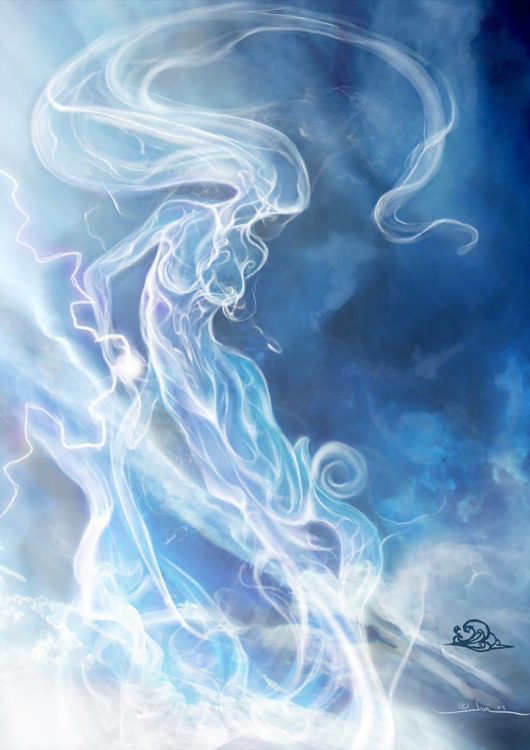 Experimenters can say that it is much easier to excite mass emotions of people by means of corresponding oscillation of ionosphere, which includes harmonics of collective unconscious state of all humankind. Ionosphere is a key to control mass feelings and thoughts. Tesla understood all this yet in far 1899 living in Colorado.

Modern university science and in particular Serbian scientific community reject Tesla’s ideas mainly because it cannot understand them. The second reason is the opposition, which Tesla presented to nuclear physics, and his prediction that application of corresponding technology would not be continuos and quantum mechanics has no serious scientific future.

Tesla as cosmologist had his own philosophical and religious position:
Aristotle stated that there is an independent higher spirit in cosmic space – enteleheia. This spirit sets mater in motion and a thought is his main attribute. In the same way, Tesla believed that uniform Cosmos is joint in material and spiritual sense. There is some nucleus in cosmic space, form from which we take all strength, inspiration, which attracts us forever. Tesla felt its power and its values, which it sends all around the Universe and keeps it in harmony. He couldn’t guess the secret of this nucleus but he knew that it exists, and when he wanted to give it some material attribute, he ascribed that it is LIGHT, and when he tried to understand its spiritual principle, then it were BEAUTY and sympathy. A man who keeps this religion in himself, feels strong, works with joy because he feels himself as a part of universal harmony. 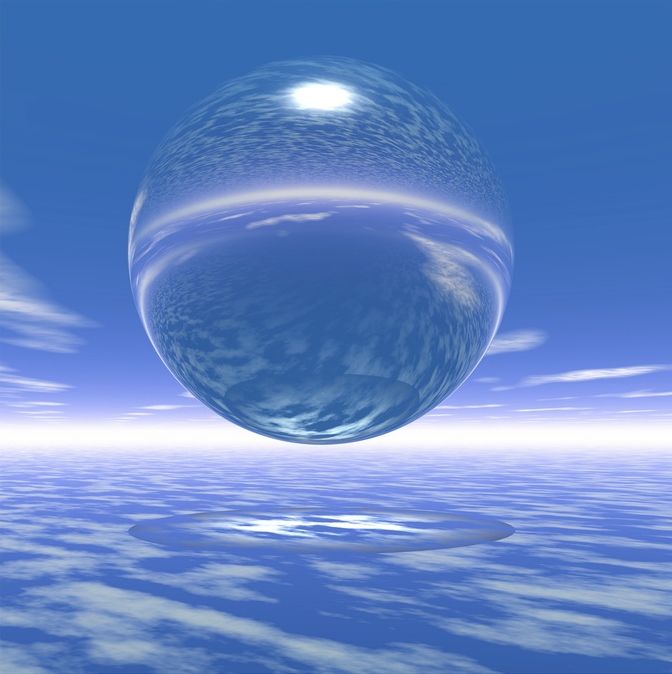