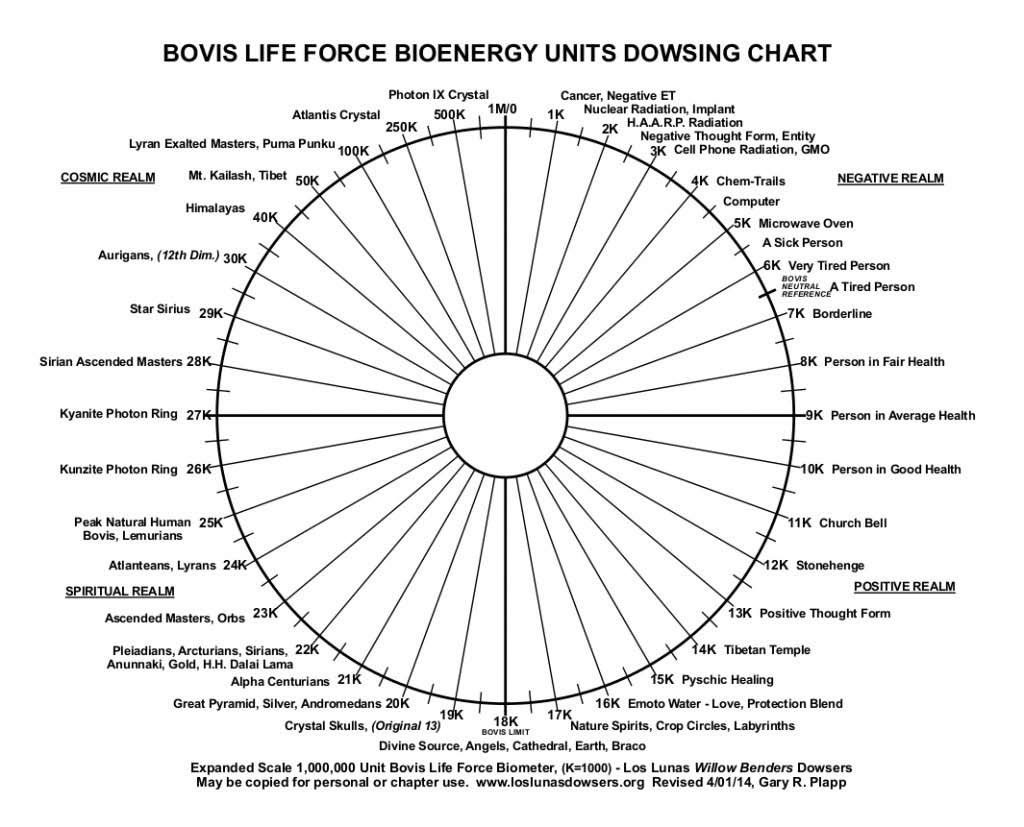 The intensity of the rays or vibrations, of a place, plant or object can be measured using a dowsing pendulum. The Bovis scale utilises the knowledge of electromagnetic wavelengths  and specifically the wavelength of red light which is in the region of  6,500 Ångström units.

The wavelength of one Ångström is one  ten-millionth of a millimetre. However, since the biometer measures subtle energy and not wavelength, the units of measurement were named  after Bovis. These are the so called units of vibrational quality or intensity of radiation of whatever is being measured, in Bovis units.

The biometer is very simple to use. One method used to measure the quality of the rays in a place or object, is to make contact  mentally, and then, formulating questions to the Bovis unit. With the  pendulum swinging lengthwise along the base line, it is progressively  moved along the scale until the swing alters to cross the line. The point at which the pendulum swings at right angles to the scale is the point to be read.

For more accuracy and for extrapolation, the additional small  scale can be used to suit the type of measurement. For example it can help to narrow down a reading to a more  precise figure as well as being used as a multiplier.

In other words, using the Bovis scale and a pendulum, a reading of 1,000, 10,000, 18,000 or whatever – does not  correspond to units of wavelength in Ångström. It should also be noted that the Bovis scale is not at right angles or at any angle to the electromagnetic spectrum.

THE INFORMATION BELOW IS SOURCED FROM: http://rexresearch.com/bovis/bovis.htm

The “vibrational” level of a place, of an object, of a person or of a situation can be measured with many different instruments, I personally use the L-rods with a graduated scale and the Bovis biometer.

On a physical ground a healthy person will have a frequency of about 6500 Bovis units (or Angrstrom); this is a wave length colored in orange that is present in the original Bovis biometer, close to the infrared radiation. On the contrary the frequency of a very ill person can go down to less than 4000 units. The vibrational rate of an environment will immediately give an indication about the energetic quality of that place.

In a religious building we can find values of 8000/9000 Bovis units. This values can reach a score of 13,000/19,000 or even more, in some particularly privileged religious sites.? ?A Hartmann knot and an underground water stream, that emit negative frequencies usually have a vibration of about 3,000 Bovis units.

Every contact or closeness to levels below 6500 bovis units will be negative for man; this rule is true also for food. What really matters is not the kind of material but the vitality that it contains. The real organic products and all natural materials have a great level of energy and therefore a high vibrational quality.

Pork meat, even if very tasty, has a very low vibrational energy, from 2,000 to 4,500 Bovis units, like many other refined foods like white pasta or white sugar. This difference of values is determined by the way pigs are raised, what they eat, where they live etc… If a pig is raised outside and well fed the vibration of its meat will be higher than that of a pig which is raised inside and badly fed. This is true for all kinds of meat, eggs and of course for fruit and vegetables, if they are organic they will have a higher vibrational rate.

Another example of low vibration is that of cellular phones and computers which vibrate at about 2,000/3,000 Bovis units and it’s necessary to be very careful while using these equipments, so widely used and so negative for our health.

An instrument invented by M. Bovis in France to give measurements on a scale of 1 to 100 in regard to dowsing responses. He first used it to determine the quality of cheese and casks of wine. Now it is mainly used in radiesthesia and other methods of healing. The biometer consists of a wood baseboard with a 100 cm rule which can be slid into the base. At the 0 end a small cup is fitted to hold a witness, if required. The pendulum is held towards the right end of the base and the rule is slid out or in until a positive response is observed by the dowser. The reading on the rule is taken as the value or rate. There are many variations of the biometer. 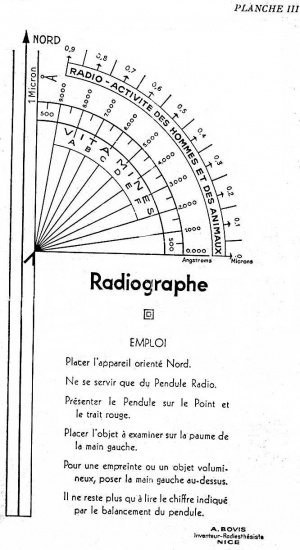 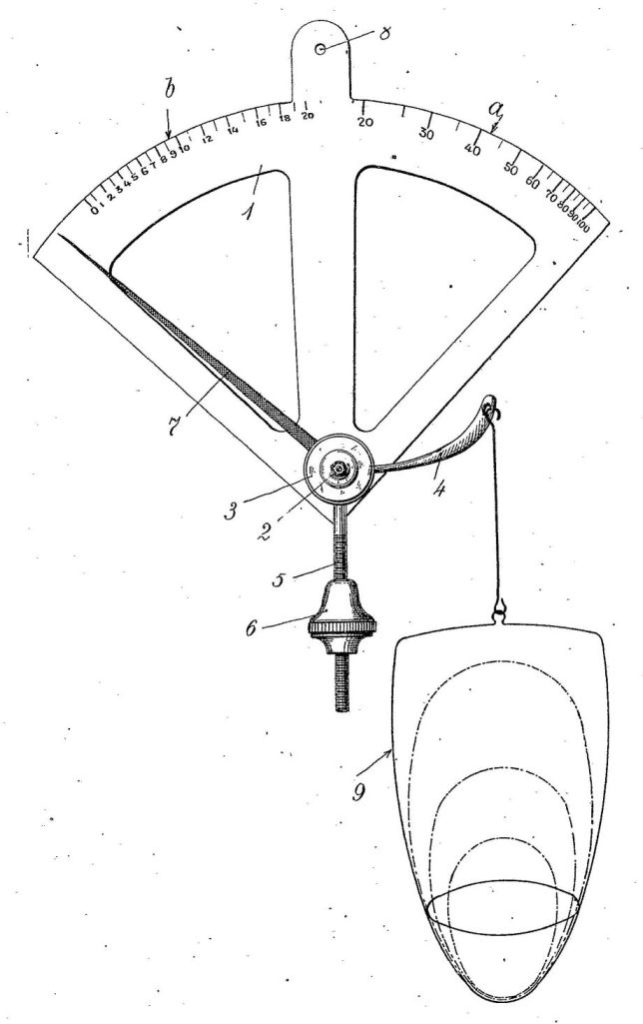 INFORMATION SOURCED FROM: http://rexresearch.com/bovis/bovis.htm
Points of Cosmic Energy is one of the only books discussing the Bovis Scale.

This is a book about the influence of what is often called “earth energies”  on the human, animal and plant life at any location. In particular it  focuses on patterns of lines dowsed by the  author at many sacred sites, shrines and standing stones worldwide.

I read the book with great pleasure, occasioned as much by its style as its content. For the book is very  French, even in translation.

The occult and paranormal traditions of Britain and France are curiously different: in a French occult bookshop you find another world, a whole different approach based more on names like  Papus and Fulcanelli than on Crowley, Grant and Fortune. The effect is both fascinating and repellent: french occultism seems comparatively pompous and pseudo-scientific by our standards – I wonder if our stuff seems to them like wishy-washy psychologising?

It is hard to choose a typical passage from among these richly phrased pages with intriguing headings like “To have the soul of an explorer” and Fleeting Figures, Immortal Influences”. Try this:

Silence is a ceremony in monastic  rules; it is always a launching pad for a new surge. According to tradition there was a Silence before the Creation.

The  energy contained in the silence of dawn, when the heavenly vault re-emerges still empty of colours, is rich in vital potential, in dynamic recharging.

Reading this I am first charmed by the sensuous Gallic phrasing, then my soul rebels: “Silence of dawn??  Rubbish! that`s when the birds make the biggest racket”. The very next  paragraph meets this objection and  disarms me.

From the moment of first light, when change occurs progressively, birds set up a great chattering and melodious flights of song. He who observes carefully will note  that, five minutes before the sun appears,  our feathered friends become silent again. It is a solemn moment when energy seems to be condensed to a  maximum, and when one concentrates, one does not chatter.

Wow! Is that true? I can`t wait to get up before dawn with my stop watch and see for myself!

That is typical of this book and the pleasure of reading it: lusciously  worded statements with the sort of dogmatism that irritates in the most positive sense – because it inspires one to go out and put its ideas to the test.

The book describes a number of visual clues – based on shapes of trees,  signs of damp moss – which anyone can look for, together with three types of measurements. The first is site radioactivity measured with a Geiger counter: I don`t have one so cannot comment on the readings given. The  second is the “Hartmann Network”: a regular rectangular grid which covers the  Earth`s surface and which is divined with a copper wire dowsing  instrument called a “lobe wand”. The third is a measure of site intensity using a pendulum plus a simple scale called the “Bovis Biometer”.

Neither  the lobe wand nor the biometer are described properly in the book, but  they are available here with instructions from a wondrous source of radionic and dowsing gadgets called  Emerald Innovations of Gloucester. (I gather that they will also be organising another UK seminar with Blanche Merz  in 1995). So I tried both.

In my house I immediately detected the Hartmann lines, although my network  was rather more widely spaced than the 2m x 2m described in the book. Finding a crossing point at throat level where I was sleeping in my bedroom – and reading that these points are to be  avoided for prolonged sitting or sleeping – I moved my bed to a free zone. Anticipating some subtle placebo-plus benefits over the next few weeks, I was surprised to wake the next morning with a clear positive feeling that I had not enjoyed since  moving to my present house. A tiresome neck problem that nagged for those years cleared up within the week. I was  impressed.

The biometer I tried out in a workshop with the author and we got all sorts of interesting  intensity readings for different foods, crystals, locations around Glastonbury Abbey, and chakras on our bodies. I have since used it for choosing a diet, and the result was positive,  but I can hardly claim to have  tested the biometer at all strictly or  conclusively.

In both cases the real value to me lay not in any  pseudo-scientific experimentation, so much as the fact that both  instruments provided a new way to explore my locality. It is too easy to separate out “earth energies” as something which happens “out there” at sacred sites – draining even more magic from our everyday existence and storing it up in other people`s holy places.  Working with this book helped me to  communicate with my own little patch and rediscover its own genius loci. The book served as a doorway which invites magic back into the everyday environment, it inspires one to  locate and sanctify one`s own sacred sites – and that can`t be bad.

The book is also a wonderful contrast to Tom Graves` superb “Needles of  Stone” – putting the two together epitomises the difference in our cultures. Tom begins from total subjectivity – the pendulum is just a sensitive indicator which the individual can use to create one`s own language of communication with the unconscious. From there, in simple, clear language he invites one to explore and see how much objective information can be divined through this channel. Blanche, on the other hand, begins with what looks like precise objective measurements, quoting figures from instruments (but never giving quite enough information as to the system of measurement and relevant parameters of time, weather conditions etc) and inviting us in rich metaphoric language to reach quite subjective conclusions. A large part of her book describes her experiments at sacred sites around the world, and is as fascinating as any travelogue.

Tom Graves would say, quite rightly, that you don`t need a special lobe wand or Bovis biometer: any dowsing instrument could be  interrogated to get these measurements once one had grasped the principle behind them.

On the other hand, there is nothing quite like a new gadget or a fresh approach to liven up the quest. Reading Blanche Merz` book on the familiar topic of earth energies is like discovering a gem of a French restaurant in a provincial British suburb – it stimulates the taste buds and invites one to explore the menu much further.