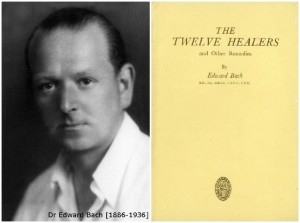 What would make a doctor at the pinnacle of his career as head of the emergency department at University College Hospital in London walk away from his job? Furthermore, why would this same doctor open a laboratory, private practice, and offer free treatments to the poor of London from 1920-1928? What was he studying? What did he find?

Like many seekers of that time period, he was hot on the trail of the same discoveries Nikola Tesla, Royal Rife, and many others had come to realize. Energy, frequency, and vibration were beginning to permeate the minds of these great etheric scholars and adventurers. This man’s journey was not unlike the others. His work was buried by the mainstream and shunned by popular medicine of the times only to be researched, re-found, and rediscovered to assist humanity in its darkest hour….to lend a hand when it has lost its way. His name was Dr. Edward Bach and his courageous legacy will forever remain that of his Bach Flower Therapy. 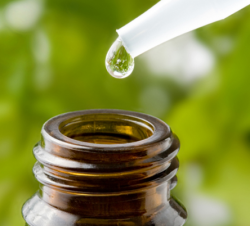 Like all the great thinkers of his time, Dr. Bach was an observational creator and seeker of knowledge. Understanding that math equations and theories didn’t translate or hold water in the realm of the vibrational and etheric lands inhabited by the great minds of humanity. It was true observation that yielded the best results and made for the most astounding breakthroughs. Beginning in 1928, Dr. Bach increasingly observed the psychic components of physical illness which led to his understanding that they were tied to certain personality types and to specific negative reaction patterns of our human nature. He observed that, depending on their personality type or blocked behavioral patterns, people would show the same or similar reactions to physical illness of any kind. He walked away from his practice to fully concentrate on studying and cataloging the spectrum of personality types and finding the corresponding healing plants. Through his extreme level of sensitivity, he was able to discover and prepare what he terms ‘higher order’ flowers that contain a strong energetic vibration. The medical association reacted to his work by threatening to expel him from the register should he continue working and promoting his findings publicly. Yet Dr. Bach successfully held to his beliefs and practices and carried on. 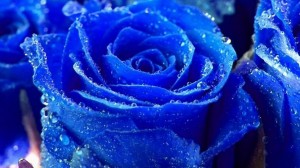 “In correct healing nothing must be used that relieves the patient of his (her) own responsibility: but such means only must be adopted that help him overcome his faults.” -Edward Bach

To say that Bach flower Therapy was ahead of its time in the early 1900’s is an understatement. Only now is alternative and holistic medicine beginning to fully understand what Dr. Bach knew and wrote in his book titled ‘Heal Thyself‘ in 1930. According to Dr. Bach, in every situation in which the personality, behavior patterns, or thinking (stress) are in disharmony or disturbance, we find energy loss. The problem will first show up as negative moods/thoughts; later they manifest in physical weakness, and finally in established disease. This is where allopathic medicine severely misses the mark. Instead of waiting for a physical illness/crisis to appear and then merely treating the symptom(s), that illness should be looked at as the last chance to correct an imbalance. A final warning light indicating forcefully that something needs to be changed immediately.

“We can judge our health by our happiness…there is no true healing unless there is a change in outlook, peace of mind, and inner happiness.” -Edward Bach

Thanks to the work of Masaru Emoto and others, it is now mainstream scientific knowledge that water holds information on an energetic level. So much so that water molecules will change their physical structure almost instantaneously upon coming in contact with matter and/or energy. In the case of Bach Flowers, the matter consists of 38 higher order flowers. What does this all mean for you? Well it turns out that your body is estimated to be around 50-75% water. Furthermore, we now know a water molecule that has been effected by the ‘energy’ of anger looks like this: 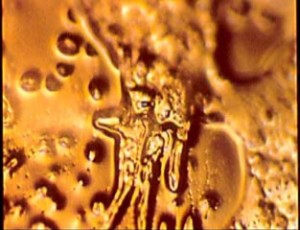 And that same water molecule when exposed to the thoughts and energy of love look like this: 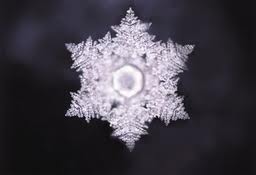 Which one would you rather have 50-75% of your body weight made up of? Keep in mind that in experiments, it is observed that all the water molecules change when exposed to a flower (or flower therapy). There is an equilibrium that your body strives for whether it be hot/cold, full/hungry, etc. Behavioral and emotional imbalances are no different. Where there is distorted energy, emotions, behaviors, and ‘body water’; the correct Bach Flowers will act to put them all back into alignment.

“Water doesn’t just sit there, it absorbs energy all the time and converts it.” -Dr. Gerald Pollack 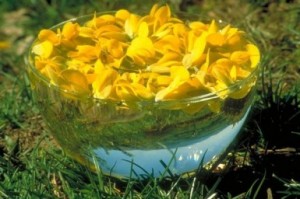 In order to prepare the Bach Flowers, Dr. Bach stumbled upon methods that Native American healers are reported to have used. In order to coax the “essence”, or the soul information of the plant, from the physical body of the plant, Edward Bach used the sun method and boiling method. The whole process amounts to a harmonious natural alchemy involving the powers of all four elements. Earth and air have brought the plant to the point of ripeness. The sun, or the element of fire, is used to liberate the soul of the plant from its body. Water serves as the medium to store the energetic impulses. The steps for the sun preparation method are as follows: 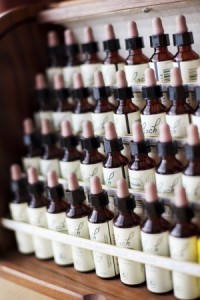