The Internal Constitution of Stars by Nikolai Kozyrev

The Internal Constitution of Stars by Nikolai Kozyrev

In the first part of this research we consider two main correlations derived from observations: “mass-luminosity” and “period — average density of Cepheids”. Results we have obtained from the analysis of the correlations are different to the standard theoretical reasoning about the internal constitution of stars. The main results are: (1) in any stars, including even super-giants, the radiant pressure plays no essential part — it is negligible in comparison to the gaseous pressure; (2) inner regions of stars are filled mainly by hydrogen (the average molecular weight is close to 1/2); (3) absorption of light is derived from Thomson dispersion in free electrons; (4) stars have an internal constitution close to polytropic structures of the class 3/2. 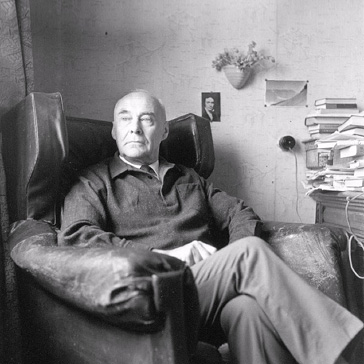 The results obtained, taken altogether, permit calculation of the physical conditions in the internal constitution of stars, proceeding from their observational characteristics L, M , and R. For instance, the temperature obtained for the centre of the Sun is about 6 million degrees. This is not enough for nuclear reactions.

In the second part, the Russell-Hertzsprung diagram, transformed according to physical conditions inside stars shows: the energy output inside stars is a simple function of the physical conditions. Instead of the transection line given by the heat output surface and the heat radiation surface, stars fill an area in the plane of density and temperature. The surfaces coincide, being proof of the fact that there is only one condition — the radiation condition. Hence stars generate their energy not in any reactions. Stars are machines, directly generating radiations. The observed diagram of the heat radiation, the relation “mass-luminosity-radius”, cannot be explained by standard physical laws. Stars exist in just those conditions where classical laws are broken, and a special mechanism for the generation of energy becomes possible. Those conditions are determined by the main direction on the diagram and the main point located in the direction. Physical coordinates of the main point have been found using observational data. The constants (physical coordinates) should be included in the theory of the internal constitution of stars which pretend to adequately account for observational data. There in detail manifests the inconsistency of the explanations of stellar energy as given by nuclear reactions, and also calculations as to the percentage of hydrogen and helium in stars.

Also considered are peculiarities of some sequences in the Russell-Hertzsprung diagram, which are interesting from the theoretical viewpoint. 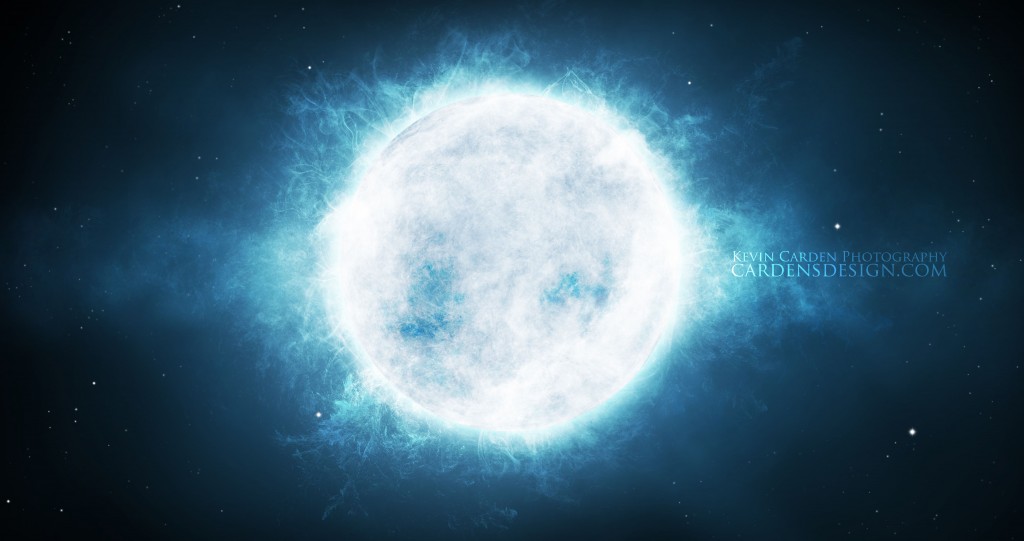 Energy, radiated by the Sun and stars into space, is maintained by special sources which should keep stars radiating light during at least a few billion years. The energy sources should be depen- dent upon the physical conditions of matter inside stars. It follows from this fact that stars are stable space bodies. During the last de- cade, nuclear physics discover- ed thermonuclear reactions that could be the energy source satis- fying the above requirements. The reactions between protons and numerous light nuclei, which result in transformations of hydrogen into helium, can be initiated under temperatures close to the possible temperature of the inner regions of stars — about 20 million degrees.

Comparing different thermonuclear reactions, Bethe concluded that the energy of the Sun and other stars of the main sequence is generated in cyclic reactions where the main part is played by nitrogen and carbon nuclei, which capture protons and then produce helium nuclei [1]. This theory, developed by Bethe and widely regarded in recent years, has had no direct astrophysical verification until now. Stars produce various amounts of energy, e. g. stars of the giants sequence have temperatures much lower than that which is necessary for thermonuclear reactions, and the presence of bulk convection in upper shells of stars, supernova explos- ions, peculiar ultra-violet spectra lead to the conclusion that energy is generated even in the upper shells of stars and, sometimes, it is explosive. It is quite natural to inquire as to a general reason for all the phenomena.

Therefore we should be more accurate in our attempts to apply the nuclear reaction theory to stars. It is possible to say (without exaggeration), that during the last century, beginning with Helmholtz’s contraction hypothesis, every substantial discovery in physics led to new attempts to explain stellar energy. Moreover, after every attempt it was claimed that this problem was finally solved, despite the fact that there was no verification in astrophysical data. It is probable that there is an energy generation mechanism of a particular kind, unknown in an Earthly laboratory. At the same time, this circumstance can- not be related to a hypothesis that some exclusive conditions occur inside stars. Conditions inside many stars (e. g. the infrared satellite of ε Aurigae) are close to those that can be realized in the laboratory. The reason that such an energy generation mechanism remained elusive in experiments is due to peculiarities in the experiment statement and, possibly, in the necessity for large-scale considerations in the experi- ment. Considering physical theories, it is possible that their inconsistency in the stellar energy problem arises for the reason that the main principles of interaction between matter and radiant energy need to be developed further. 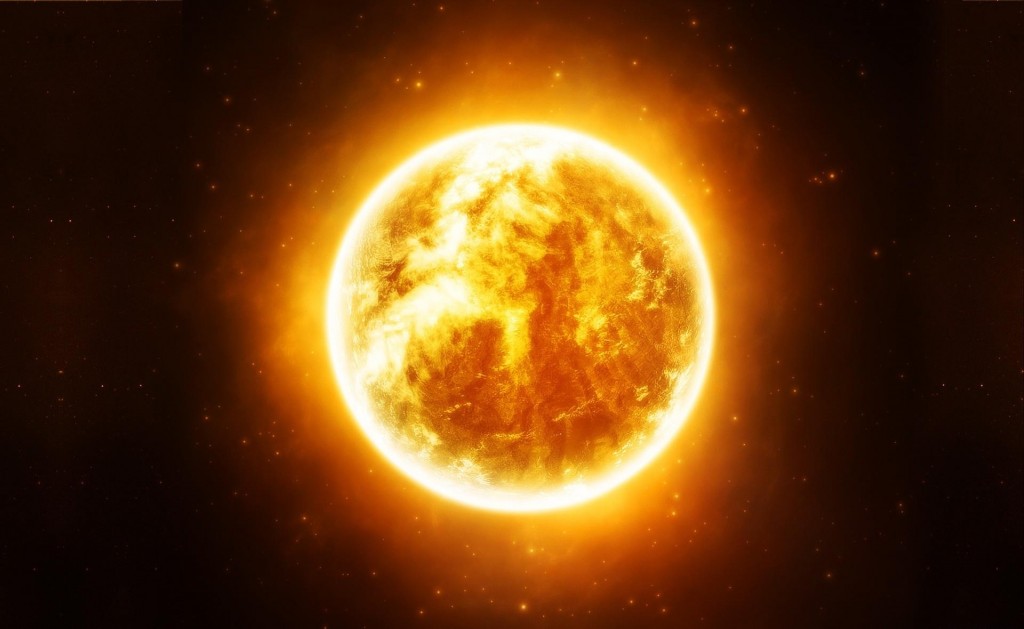 Much of the phenomena and empirical correlations dis-covered by observational astrophysics are linked to the prob-lem of the origin of stellar energy, hence the observational data have no satisfying theoretical interpretation. First, it is related to behaviour of a star as a whole, i. e. to problems associated with the theory of the internal constitution of stars. Today’s theories of the internal constitution of stars are built upon a priori assumptions about the behaviour of matter and energy in stars. One tests the truth or falsity of the theories by comparing the results of the theoretical analysis to observational data.

This is one way to build various models of stars, which is very popular nowadays. But such an approach cannot be very productive, because the laws of Nature are sometimes so unexpected that many such trials, in order to guess them, cannot establish the correct solution. Because empirical correlations, characterizing a star as a whole, are surely obtained from observations, we have therein a possibility of changing the whole statement of the problem, formulating it in another way — considering the world of stars as a giant laboratory, where matter and radiant energy can be in enormously different scales of states, and proceeding from our analysis of observed empirical correlations obtained in the stellar laboratory, having made no arbitrary assumptions, we can find conditions governing the behaviour of matter and energy in stars as some un- known terms in the correlations, formulated as mathematical equations.

Such a problem can seems hopelessly intractable, owing to so many unknown terms. Naturally, we do not know: (1) the phase state of matter — Boltzmann gas, Fermi gas, or something else; (2) the manner of energy transfer — radiation or convection — possible under some mechanism of energy generation; (3) the ro le of the radiant pressure inside stars, and other factors linked to the radiant pressure, namely the value of the absorption coefficient; (5) chemical composition of stars, i. e. the average numerical value of the molecular weight inside stars, and finally, (6) the mechanism generating stellar energy. To our good fortune is the fact that the main correlation of observational astrophysics, that between mass and luminosity of stars, although giving no answer as to the origin of stellar energy, gives data about the other unknowns.

Therefore, employing the relation “period average density of Cepheids”, we make more precise our conclusions about the internal constitution of stars. As a result there is a possibility, even without knowledge of the origin of stellar energy, to calculate the physical conditions inside stars by proceeding from their observable characteristics: luminosity L, mass M , and radius R. On this basis we can interpret another correlation of observational astrophysics, the Russell-Hertzsprung diagram — the corchanism generating stellar energy). The formulae obtained are completely unexpected from the viewpoint of theoretical physics. At the same time they are so typical that we have in them a possibility of studying the physical process which generates stellar energy. 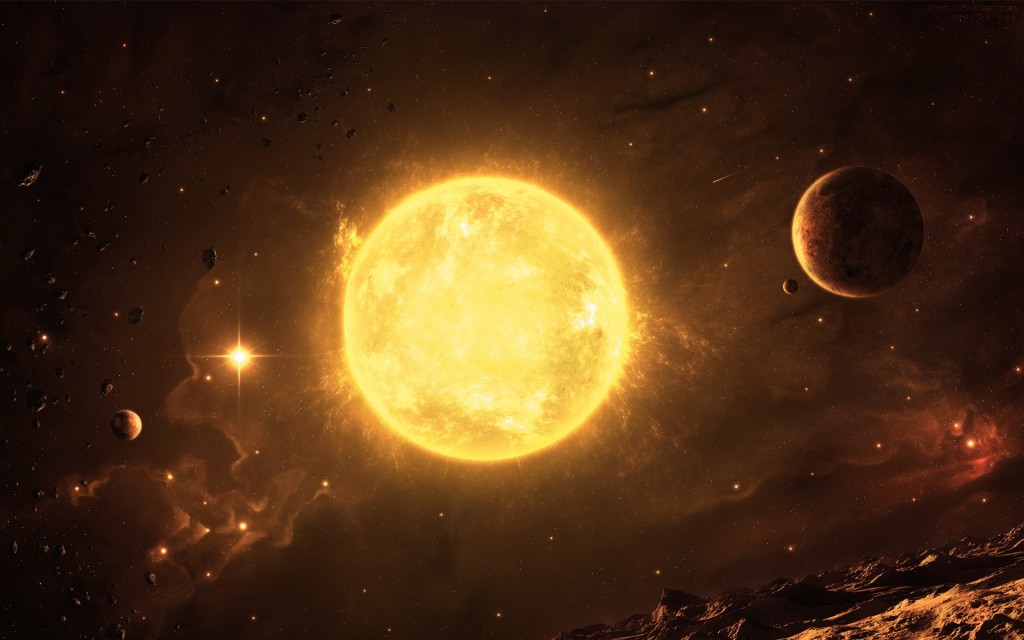 This gives us an inductive method for determining a solution to the problem of the origin of stellar energy. Following this method we use some standard physical laws in subsequent steps of this research, laws which may be violated by phenomenology . However this circumstance cannot in- validate this purely astrophysical method. It only leads to the successive approximations so characteristic of the phenomenological method. Consequently, the results we have obtained in Part I can be considered as the first order of approximation.
The problem of the internal constitution of stars has been very much complicated by many previous theoretical studies. Therefore, it is necessary to consider this problem from the outset with the utmost clarity. Observations show that a star, in its regular duration, is in a balanced or quasi-balanced state. Hence matter inside stars should satisfy conditions of mechanical equilibrium and heat equilibrium. From this we obtain two main equations, by which we give a mathematical formulation of our problem. Considering the simplest case, we neglect the rotation of a star and suppose it spherically symmetric. 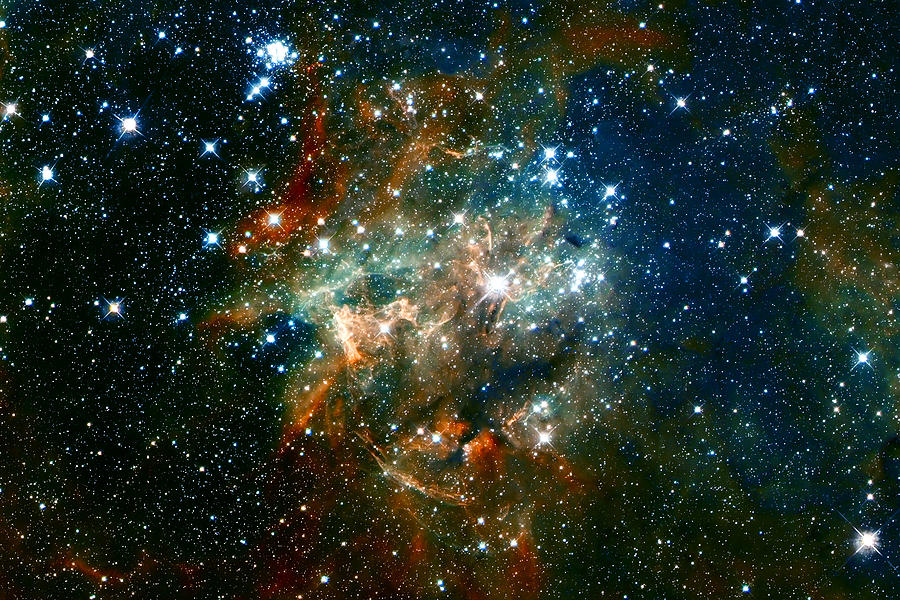