The Theory of Reality by du Gabriel

The author began this work thinking he had completed the answers he intended to present. Along the way, however, fine details of such explanations posed new problems to him. Fortunately, to my own surprised amazement sometimes, the new problems did get solved. Each new solution, I’m pleased to report, helped solve the next ones. For each such new solution the confirmatory evidence lies everywhere, in the reports and articles of existing Science. One such study, concerning “entropy”, is included herein. Another, on the nature of heat, remains an ongoing background theme introduced in Part One. It assumes a central role in Part Two. It is answered in part four.

There are many complex things I have to tell you concerning atomic structure and how it works, about what a quantum is (when it is) and a photon (which doesn’t exist until it does); and  mysteries like that which only come bright and clear after the needed concepts are in place. I want to tell it to you all at once, but that is impossible.

An orderly progression requires that new concepts be presented before discussions involving them ensue, rather than be alluded to in ways intended to assure the reader that what he may not understand at the moment will be made clear later. It is unacceptable to leave the reader in the dark along the way if it can be avoided. He should be allowed to understand each argument as it arises, rather than after the fact at some later time.
Accordingly, the author has to continually judge the ever changing mind-set of his readers and how their prior concepts are revised (or even cancelled!) as they digest what’s offered. It is this author’s opinion that if one cannot make his answers easy to understand he doesn’t have the right answers yet himself. Most of the time we can set forth answers in an orderly progression. Sometimes, however, deep problems have to be explored in order for the answers to be credible to more learned readers.
The mind is compartmentalized. Different programs exist in different compartments. Some of them sometimes conflict. New conclusions sometimes contradict the old embedded ones. The old ones have many connections (memory) which impose their own old-fashioned inertia against change even though the changes are clearly better. As the top Chinese officials

[relatively] recently proclaimed, however, “It’s the cat that catches the most mice that is the best cat; regardless of its color or its name.” The reader is asked to suspend his own brain’s bureaucratic preconceptions which might restrain him from understanding and following a better path.

We shall find that the kinetic atomic theory – that matter is made of ultimate particles – got in the way of correct understanding of the equations that describe and generalize experimental results and of the physical experiments that help refine those equations. As we study the actions of a real material that has no voids anywhere, as compared against the explanations based on a void space with separate particles moving about within it, you will gradually understand many things.

As you do you will see why the basic-particle theory is responsible for the present belief that nature is ultimately incomprehensible to Man, thus why mathematical equations have replaced comprehension as the goal of theoretical physics. You will see why some of our deeply embedded programs need to be changed and how incredibly hard it is to do that. Along the way perhaps you may find some samples of the fun and games Science can be.

This construction of a definitive understanding of the structure of inanimate nature has one basic premise with one essential consequence. The primary premise is: Every wave motion must have a material conducting medium.
The kinetic-atomic theory holds that all matter is made of discrete, separate particles. We know, though, that however small and far apart our so-far discovered “basic particles” may be, wave energies flow in the spaces between them. The demand for a wave-conducting medium thus requires that between such particles there must still exist material. The basic premise is thus a direct contradiction of the kinetic atomic theory that all matter is made of spatially separate, individually moving particles. 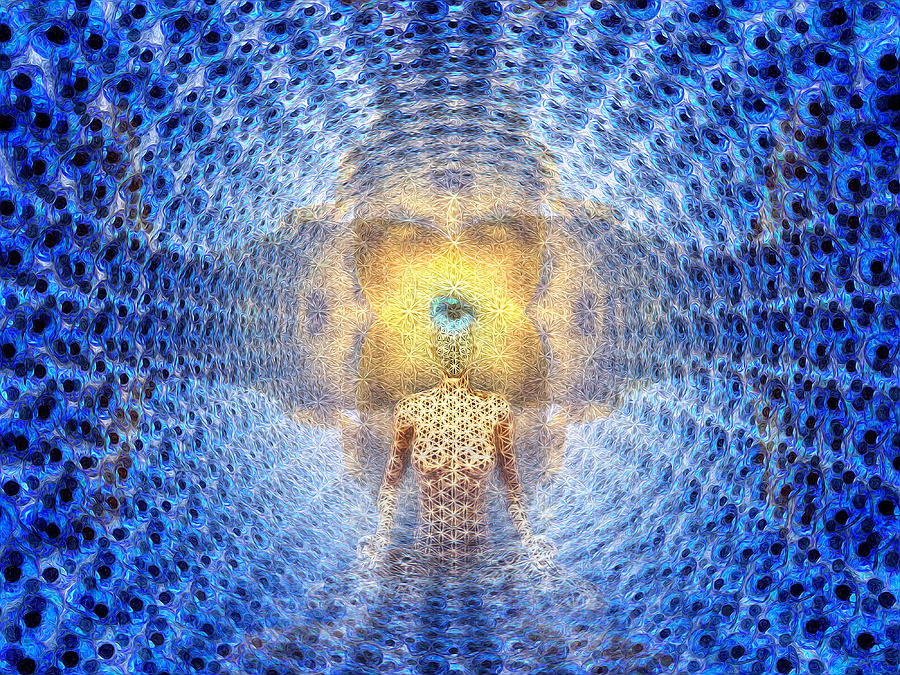 Because light, gravity, radiant heat, etc., do travel through every place and space in the universe the basic premise imposes the primary consequence: There can be no void space anywhere, so matter is everywhere.

The basis for the supposition of void spaces between atoms was the assumption that atoms are ultimately rigid solid bodies. For an aggregate of such objects to move relatively to each other and to possess individual identities, empty spaces seemed to be needed as an intervening otherness that allowed each to have a specific identity as a particle, and into which each could undergo motion. The “atom” of the ancient Greeks, who introduced the kinetic-atomic theory for those reasons, is now called a sub-atomic “basic particle”.  But the basic particles so-far discovered are known to have complex internal patterns of wave structure. They are known to be interconvertible. As individuals, many of them can be created or destroyed by our technology. They are variable as to size, shape, even identity and existence. Their true nature is such as to make the Greek philosophers’ reasons for postulating void spaces irrelevant, since they can themselves be intrinsically fluid. As fluid items, atoms are capable of the everywhere evident act of moving more or less easily upon themselves, – by self compression, by surrounding unit compression and displacement, by mutual transient distortion of shape and size and even by being of mutually variable identity.
When the size of a particle varies so does its density. Particles of different intrinsic density with different material patterns and different intrinsic wave systems possess an identity relative to each other even though the material remains a continuum. Fluid particles of variable density and patterns can exist and move upon each other without any intervening void space.  Solid objects can exist and move among each other though still in direct contact with intervening liquids, gases, or unstructured matter.

If particles can thus exist in direct contact with one another; can move among and between each other while still part of a continuum; can maintain identity through difference in density and internal form; can undergo all actions that matter is seen to perform; and can do all this with no intervening otherness, then there is no need to deny the evidence of the senses plus the demands of reason that matter is everywhere. The very fact that even the basic particles, the ultimate “atoms” of the ancient Greeks, do possess internal wave structure shows that even they must have a material medium as part of their construction, – as that component which carries, possesses and gives physical form to those waves. There is nothing basic about such particles since they too demand the presence of a material continuum within themselves. 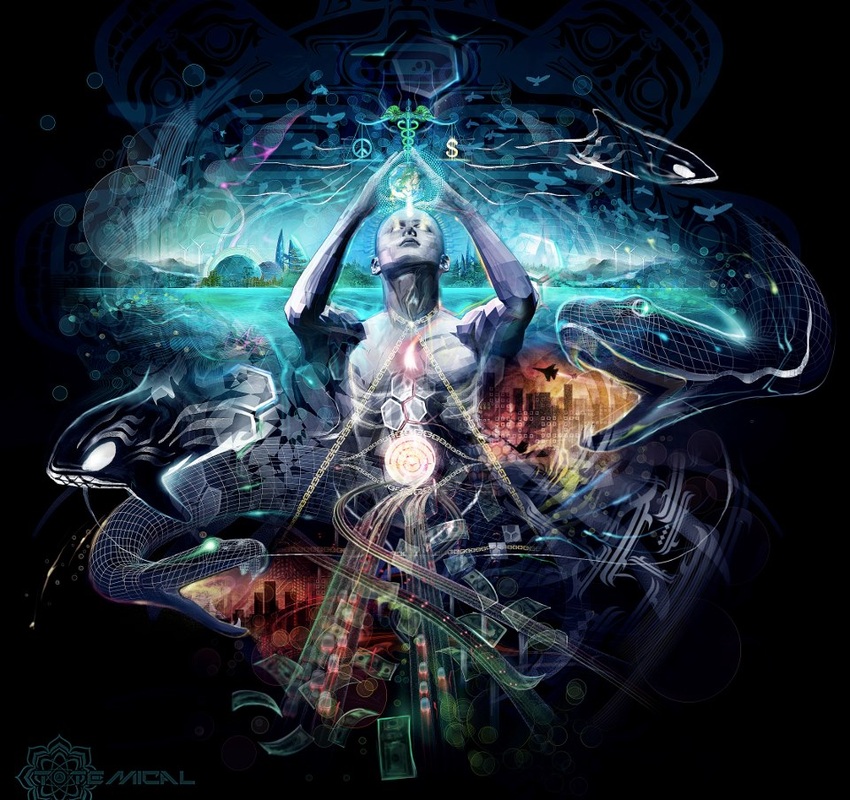 Matter is itself. It is a basic item of nature made of nothing other than itself, reducible into nothing other than itself. Therefore it can neither be created nor destroyed. It is the most primary basic item out of which particles are made. Without it, nothing would exist. (If ever nothingness were all that existed, nothing else would now exist. There is no way that nothing can create anything. There is no way that void space or space-time can do or create anything.)

It is therefore our thesis that a continuum of substance fills all space in the known cosmos; that it is basically an amorphous fluid; that it is everywhere and always the conducting medium for energies; that this material is subject to changes of volume hence is intrinsically compressible; that pressure changes alter the degree of compression of this material; that under the influence of such pressure-density patterning, self persisting units of material occur; and that such units, always contiguous either to each other or to material in unorganized free form, are the things out of which ponderable matter is made.
The constructions based on this thesis arrived at hand-drawn pictures of the internal structures from atoms through galaxies. Later sophisticated computer printouts of advanced technological experiments by Science confirmed many of those conclusions. Indeed, some of the computer printouts – which the scientists found startling and unexpected – look as though they had been copied directly out of my book, The Nature of Matter and Energy (1965).