The Vortex Nature of DNA by Marko Rodin 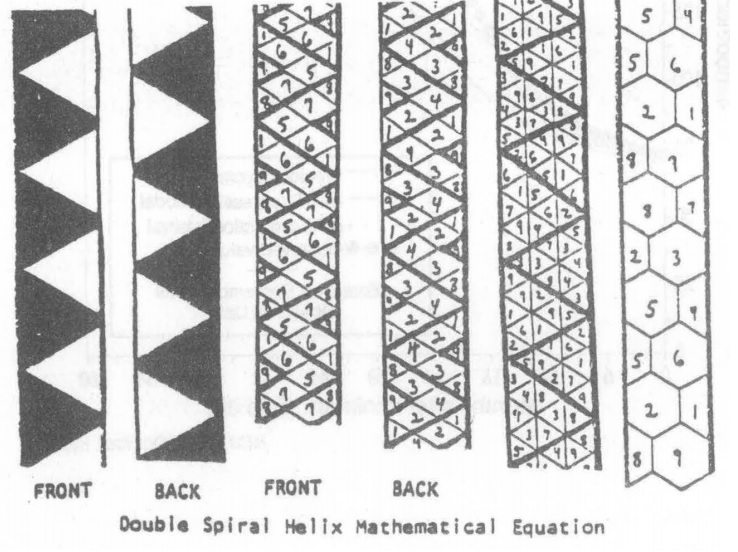 DNA is bounded by an aetheron magnetic field which is responsible for its anatomical structure. The present day Squid observation methods are unable to see this minutely small field on the DNA backbone which is responsible for molecular orientation. The origin of the magnetic field is from aetherons which emanate from the center of the DNA The phosphates are negatively charged. The field determines chemical bonding receptor sites and sequence for nucleic acids.

The proof of the field was done mathematically. It was calculated by a new numerical imaging technique which can determine precise field locations for a geometric structure no matter how small the molecular matrix, even down to the microscopic inside of the nucleus of an atom. While numbers have been thought to be esoteric, ultimately everything can be mathematically modeled. This I have done with the double spiral helix that composes DNA By breaking the code unique properties are deduced. In this case DNA has a logarithm formula which is followed 100% time after time again. Atomic nuclear spin properties are evaluatable including angular momentum of the electrons.

The purpose of numerical modeling is to distinguish all of the three dimensional axes associated with topological rotation of minute vortices within DNA. These vortices are constantly contracting and decompressing forming miniature black and white holes all along the space in
between the helixes. It is the gap between the helixes where all the activity occurs. The parallel sides of the DNA filament are naturally insulated.

How the numbers work is based upon doubling. DNA strands are portions of an arc assembled from line segments. These line segments where they bend are given a number correspondent. A grid template mapping system is used where the vector interstices of the lines represent real time motion. A highly restricted sequence of events with the only possible predetermined outcome follows. The doubling pattern, while moving in opposite directions of the DNA filament strands, is synchronized with the declining and ascending magnetic fields. The doubling is the result of a pulsed direct electrical current of extremely small voltages. The counter directional opposite flow of these currents creates eddies of induction which is the exact same observed function seem by the numbers.

Because doubling is a closed loop cycle which is an unbroken ring relative to spin continuum, this can be perceived clearly as a fractal for modeling the physics of infinity. Since on the third dimension all mass curves, this is a bounded infinity of endless duration but not of direction, thus only six numbers are needed to represent the function of life. Essentially this is an unbroken chain. The magnetic field is the fourth dimension and the aetherons are omni-dimensional because they are linear. This gives a very basic account of the infrastructure of DNA. The energy transformation release systems being the generating source of life are illustrated numerically in their geometric physiological structures. Although hard to grasp, this has such important implications for genetic engineering that this brief explanation has been provided. Indeed it can be properly stated that numbers are alive! 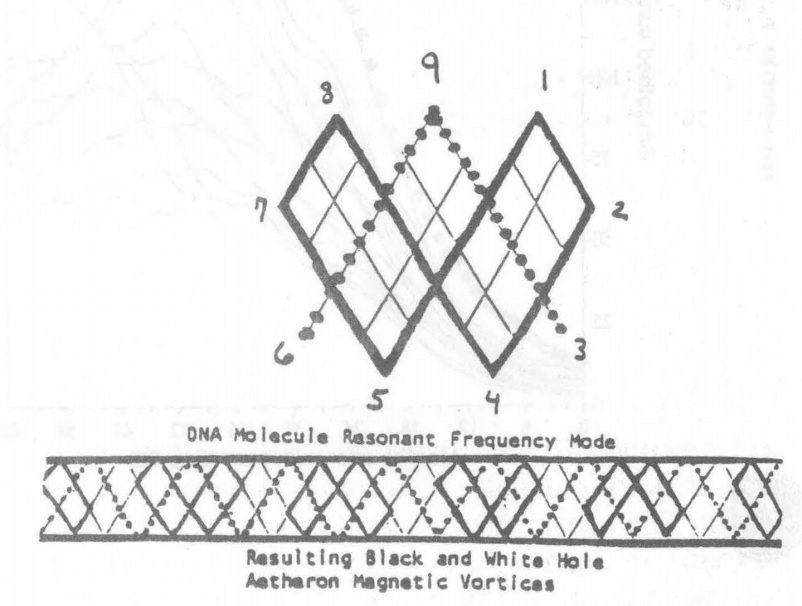 A collection of Journal of Borderlands Research Volumes can be downloaded here: http://bit.ly/2L5cGWo