Nature of Space, Matter, Light, and Time by Justin Swanhart

If the above stipulations are true, then the motion of the object should be spin while at rest, not linear motion.  There is no outside force to move the particle in a line.  If you added force, it would move and never stop.  Mass and gravity are fictitious.  Gravity is (centripetal force) that arises from spin of photons, electrons and protons.  Mass is a function of spin rate (proof below)

With this change to SR when add another particle to the SR thought experiment you get elliptical orbits due to gravity, but both particles spin more slowly.  The framework around SR continues to work, the only modification to the derivative of SR.

This updated special relativity follows all of Newton’s laws, including the laws of motion and the law of gravity without using GR.

I propose that space is an aether that is all around us which behaves similarly , but instead of spacetime, there is aether (or just space if you prefer).   I’ll explain how the aether creates time, and why time is literally different everywhere, and no two clocks run exactly the same.

The properties of aether

Why is there a speed of light?

Why can’t you travel faster than the speed of light?  Well, because aether can’t be compressed any faster than light can compresses it.  As you speed up and approach the speed of light, you have to dedicate more and more energy to the compression of aether until it can’t be compressed any more quickly, no matter how much energy you add.  You can only go as fast as the aether compression level allows you to go.  Because of the concept of aether compression level, light travelling between galaxies goes very much faster than light in the solar system.

Why does light curve? 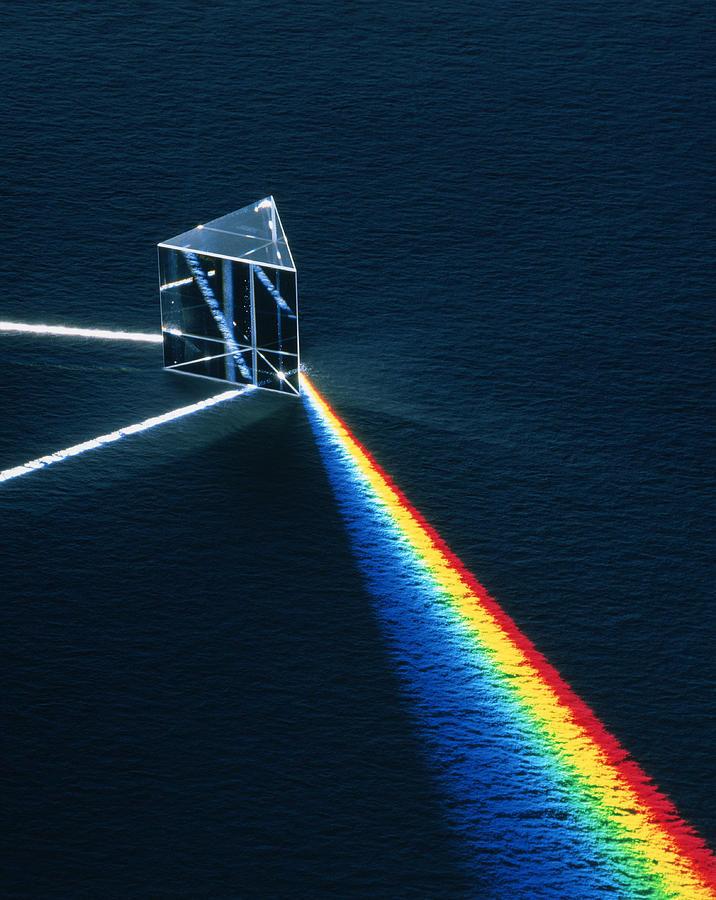 In general relativity space is curved by energy, and the curvature bends light.  I propose that their is no gravitational field, and that gravity does not affect light.  Instead the aether compression is used to explain why light curves.  The aether the light is moving in is always a certain compression level. Aether compression is essentially a refraction index.  Refraction is the change in direction of a wave due to a change in the transmission medium.  Light moving from an area of lower to higher aether compression, or vice versa, is experiencing a change in the transmission medium.  This results in refraction. This refraction explains gravitational lensing, though in truth gravity has nothing to do with it.  A black hole or other massive object bends light around it due to compressing the aether around it, not by gravity bending the light.  Since all matter is made of particles that are waves,  matter is affected by the same phenomena, which leads to orbits.

Special relativity and the aether

Mass/energy equivalence  and the source of mass

Without a field, what is gravity, what causes orbits?

All bodies when occupying space compress the aether inside that space.  Bodies compress aether proportional to their total energy.   The aether compression level  extends outward from the object and decreases inversely proportional to the square of the distance from the center of the object.  The more massive (and therefore more energetic) the object, the more aether is compressed, which in turn leads to stronger “gravitation” associated with the object.  I say “gravitation” because when two objects are near each other, the compression of the aether is additive, which uses energy.  In many cases this will cause deflection of an object, and other times, there will not be enough energy remaining for the lesser energetic body to escape but enough remains so that it can rotate the more energetic body (through refraction), always trying to pull away but never having enough energy to do so.  In other cases  there is not enough energy and the less energetic body falls in to the more massive one.  Since two pieces of matter can’t occupy the same space, the lesser energetic object lands on the more energetic object.

Time as a physical construct does not exist.  Time is merely observational, that is, it is simply the construct that a mind uses to understand how entropy unfolds.   The maximum speed at which entropy can take place (ie, the speed of entropy) is governed by the compression of the aether in which that entropy takes place.  This is because entropy may not proceed faster than the speed of light, and the speed of light is governed by the aether compression level.   Time can only be quantified by observing changes, and that observation can’t happen faster than the speed of light.  Entropy does not proceed in a backwards direction due to the laws of thermodynamics, which naturally leads to the direction of the arrow of time.  The best way to measure “time” is through radioactive decay, which is affected by the speed of entropy.

What  happens inside a black hole?

As the speed of light varies based on the aether compression,  as compression increases, time slows because entropy slows.   Near the center of a black hole, the compression level grows exponentially.  It becomes so high that anything falling toward the core slows down perpetually as more and more energy is sucked away to attempt to compress the aether in front of it.  Eventually entropy (which is governed by the speed of light) becomes so slow that time effectively stops with respect to clocks outside the horizon.  It is a kind of zenu’s paradox – the closer you get the higher the compression, you grow progressively slower and you’ll never reach the center.

Is there dark matter?

The truth is, there actually is no dark matter.  The need for it arises out of the galaxy rotation paradox, which is the observation that the outside of a spiral galaxy appears to move too fast to be held together by the ovservable mass within it.  Since the galaxies should apparently fly apart without extra mass, most scientists conclude that there must be some invisible matter holding things together, thus dark matter was hypothesized.  There is no need for dark matter if the galaxy rotation can be explained in another way.

A vacuum is full of aether, not really empty, and the aether itself has a given aether compression level, and thus a given energy level.  Occasionally, spontaneously, the energy arranges itself in a way to create a short lived pair of particles.

If there is no dark matter, what about dark energy?

I propose that the universe is likely thinning out at the edges.  As the edge thins out the aether becomes less dense.  Since the speed of light increases as aether compression level decreases, it appears that the edge is moving away and accelerating, but instead the speed of light is increasing and the universe does not need to be expanding.  Since time slows down as compression is added it appears to be expanding faster than can be explained, dark energy was invented to power the non-existent expansion.    The perceived acceleration of the expansion of the universe is just that, perceived and not true.  It is the same paradox that led to the idea of dark matter.

The faster a body rotates the more energy it has.  Aether is compressed relative to the total mass-equivalent energy of the rotating body.  This means it will increase aether compression, affecting the orbit of the of nearby bodies.

Why is time travel impossible

Since time itself doesn’t exist, it is impossible to travel in time.  Often time travel is proposed by using exotic energy to ‘bend space’ .  This is impossible.  As energy is added to a volume of aether, it compresses and time slows down.  Aether doesn’t bend, it just compresses with response to energy.  You would effectively encase yourself in a volume of aether where time has effectively stopped.  To put the final nail in the coffin, time can only be measured through entropy.  Entropy does not reverse.  You can not travel back in time because you would have to unwind entropy to get there.

Since gravity isn’t a true force, but a reaction to the compression of aether, gravitational time dilation is a misnomer, like gravitational lensing.  As the distance increases from an energetic body, the aether compression level decreases by the inverse square law.  This results in an increase in the speed of time, as the speed of light increases as the distance increases.  This is demonstrated in GPS satellites today, where clocks run faster than their counterparts on earth, not due to gravity, but because the speed of light is faster there because the aether is less compressed.

Pretty good evidence that speed of light is variable:

A lone particle in the universe moves in a circle without gravity:

If there is one photon in entire universe then we can assign energy of photon as 1, and mass of photon is as 1 (wave/particle duality means both are true at once)

D=1, the compression level is constant, hence constant refraction.
C=1,The energy of the photon, so light always moves at light speed.
solving for distance yields 1 (the radius of the circle)

If you add an observer to the universe (a second photon) the speed of light changes and the photons orbit each other in ellipses. This explains why adding an observer (like a sensor) changes the outcome of the dual slit experiment. Observing the photon changes it.

What is energy:
Energy (E) is a measure of kinetic energy.  This is the energy of motion which allows particles to move.  A particle always has at least it’s mass in energy, any extra energy beyond that is used for motion.   It is impossible for aether compression to borrow energy from mass energy.

There are probably only three fundamental particles:
There are electron, protons and photons:
A neutron has a little more mass than a photon + election, because electrons rotate protons to form neutrons. The extra mass is aether compression increase through additive aether compression.

Protons and electrons are the only particles which forms matter.  In a neutron the charges cancel but the energy remains. Photons are a particle too.

In a particle accelerator, the energy released by the collision causes aether to compress.  The increases in compression increases apparent mass and new matter falls out. Energy appears to be mass, but there is only energy. When two objects collide, additive aether compression accounts for the angle of deflection .

The laws of thermodynamics describe how energy spreads over space over time. The speed of entropy is controlled by the aether compression level. Entropy can never stop, thus things are always in motion.  Entropy can’t stop, everything is always in motion.