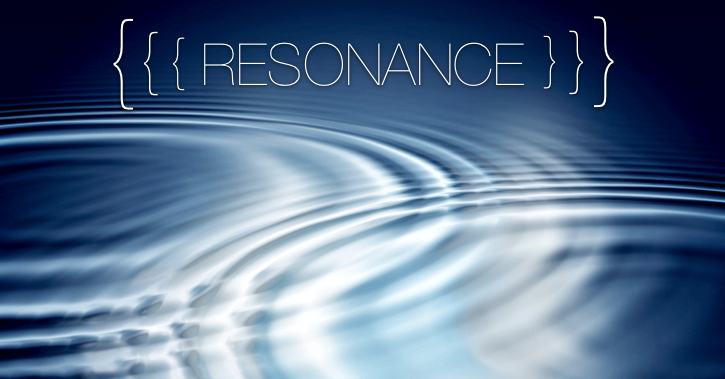 During the last Century multiple lines of converging evidence indicated the existence of a dynamic plasmatic energy existing within living organisms and water, and also as a background medium filling the atmosphere and vacuum of space. Experimenters such as Jacque Benveniste (memory of water), Frank Brown (external biological clock mechanism), Harold Burr (electrodynamic fields), Dayton Miller (cosmic ether of space), Bjorn Nordenstrom (bio-electrical circuits), Giorgio Piccardi (physical-chemical fields), Wilhelm Reich (bio-energy) and Viktor Schauberger (living water) independently measured a similar and unique cosmic-biological energy phenomenon. Their experiments frequently indicated water was a carrier for this previously unknown energetic force, which typically showed significant solar-terrestrial and meteorological components. Each of these scientists rested their claims upon experimental proofs, with many independent replications. Their works integrate with astrophysical findings on an interstellar medium, variously termed cosmic plasma, dark matter, or even cosmic ether. These and other natural scientists undertook decades of careful experimental work indicating the presence of a water-affecting cosmic medium, typically being more active at higher altitudes, often tangibly interacting with dielectrical matter and being reflected by metals. All were marginalized or maligned by the scientific orthodoxy of their day. I successfully replicated some of the anomalous biological, physical and meteorological experiments of Reich, among others, and so have been able to ascertain important similarities in their diverse findings. Taken together these studies are suggestive of a major scientific breakthrough, of a unitary cosmic-biological energy phenomenon, ignored or dismissed prematurely during the 20th .

Introduction Starting in the early 1970s, I reviewed in detail the historical experiments on the 19th Century luminiferous cosmic ether, and related vitalist concepts about a lifeenergy continuum in space. My investigations focused upon the Chi energy of Chinese medicine, the cosmic external biological clock mechanism discovered by the biologist Frank Brown (Brown et al. 1970; Brown 1976) the external physico-chemical cosmic factors of the chemist Giorgio Piccardi (1962, 1965, 1966, 1968, Piccardi and Capel-Boute 1972) and the cosmic life-energy experiments of Wilhelm Reich (1960; Web ref.1). It was all very unorthodox, but had sufficient empirical and experimental proofs to withstand orthodox criticisms. This line of investigation ultimately led into mystery areas of the atmospheric sciences, specifically the long-observed correlations between solar variability and weather patterns, and new methods of regional weather modification within drylands. These in turn carried profound but lesser-known implications for the nature of what is today called the interstellar medium, or more generally, space-energy. These findings also have implications and probable practical applications for more recent investigations of water structure, and also of the exclusion-zone phenomenon (Pollack 2001). 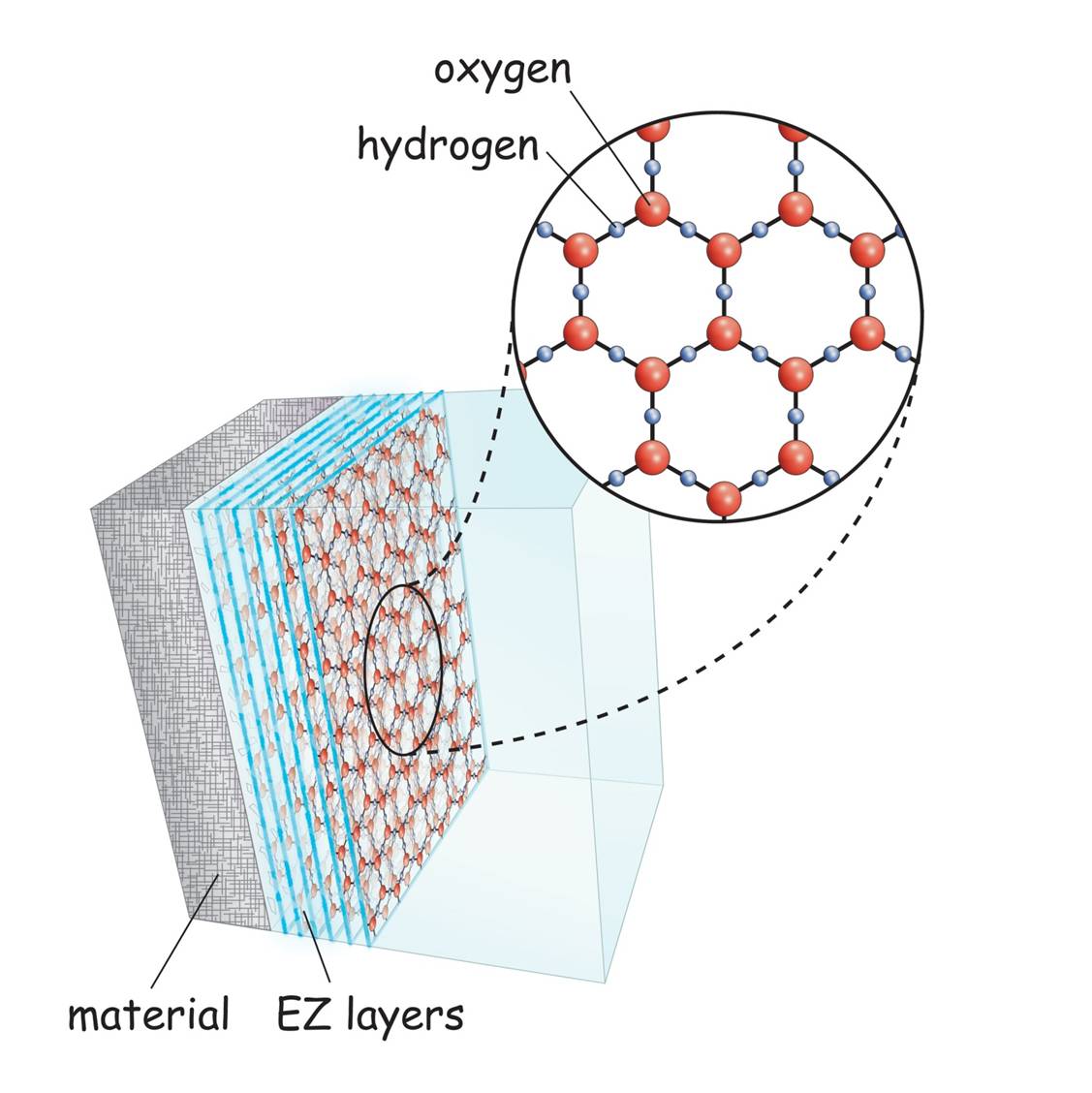 My own investigations largely began with the drought catastrophes affecting the Sahel region of Africa in the 1970s. People and wildlife suffered unspeakably, leaving me to ask what could be done to restore rains into such an environment. Theory mattered not. All the “better-known concepts” proved to be essentially worthless. Nobody in government or the universities had any clear ideas on how or why the big major droughts developed, nor any practical solution towards doing something to meaningfully help out, other than to truck or fly in massive amounts of food aid, which was not a longterm solution. Even standard methods of weather modification such as cloudseeding, offered no help in regions characterized by a strong inversion, thick atmospheric dusts and haze, and no clouds whatsoever.

At that time, from a group of unorthodox naturalists and scientists I learned of a new method of precipitation enhancement which employed special hollow-pipe antennas grounded into large moving and alive bodies of water. They had good data to show, using these antennas in a specific manner would trigger very widespread atmospheric changes and reactions, the end result of which was copious rainfall. It worked even under droughty or arid atmospheres. I witnessed several demonstrations which were so astonishing in result that I began an indepth study of the matter. My first field trials with a self-constructed apparatus, called the cloudbuster, were undertaken during my graduate school years at the University of Kansas, Department of Geography-Meteorology (DeMeo 1979a). 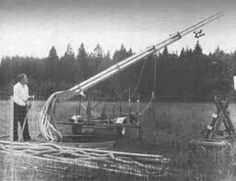 The device itself was the 1950s invention of the radical naturalist and physician Wilhelm Reich (1960) who as history shows was severely maligned and assaulted for his findings (Greenfield 1974; Sharaf 1983). His experiments suggested space and the atmosphere was filled with a ubiquitous energy continuum, similar to the old luminiferous cosmic ether, but with additional empirically-developed properties. Reich’s energy continuum – which he termed the orgone, to preserve its connection with the living – was demonstrated by experiment to be excitable, compressible and pulsatory, like a giant field of extremely thin cosmic protoplasm. Water was strongly attracted to this same energy, and the energy was also attracted to water, the two being in a constant state of dynamical interaction or resonance. Reich’s cloudbuster device was basically a large water-grounded antenna which could be aimed at different parts of the sky. It capitalized upon these unorthodox properties of water, notably how the intensity of orgone charge in the atmosphere, which has parallels to electrostatic forces, was a determinant of cloud formation and ultimately of larger weather systems. 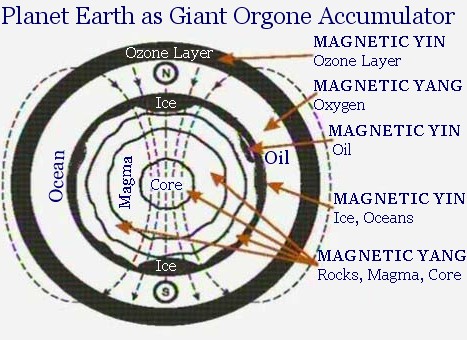 My work at KU demonstrated weather influences over the entire State of Kansas when the cloudbuster antenna was operated, and later studies suggested this was a minimal regional influence. The antenna itself used no electrical or electromagnetic components, other than servo motors to move the heavy antenna around. It was an entirely passive device, like a specialized form of water-grounded lightning rod, and therefore could not function by known principles. Reich’s original claims – of an interconnecting energy continuum existing within the Earth’s atmosphere – thereby was deserving of a serious evaluation (DeMeo 1979b). 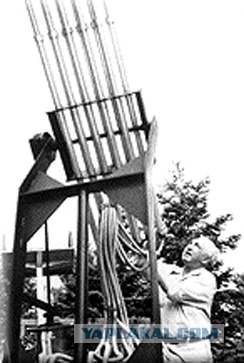 My investigations led into the conflict between theories of “empty space” versus “space-energy”, notably in relation to another of Reich’s devices, a Faraday-type of metal-lined enclosure which did far more than merely “shield out” electromagnetic frequencies. Reich’s special enclosures would anomalously intensify the energy density within their multi-layered interiors, in ways wholly unexpected by classical theory. They resembled a hollow capacitor, with the interior surface made of conductive ferromagnetic sheet metal, and the walls composed of alternating layers of ferromagnetic metal and high dielectric insulating material. A final layer of insulating material covered the exterior. Reich called these devices orgone energy accumulators (Reich 1948a, 1948b, 1951a) the orgone medium being intensified within their interior, which would then exhibit anomalous properties. 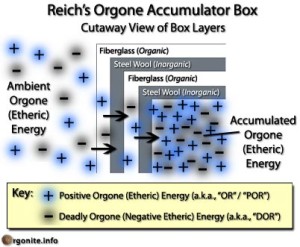 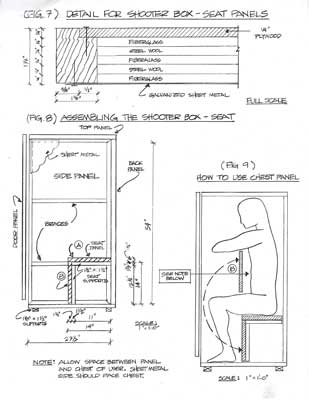 In 2009 I was invited to share my findings on these issues at the Fourth Annual Conference on the Physics, Chemistry and Biology of Water (Web ref.2) at Mount Snow, suggesting a growing willingness for a scientific reappraisal of these same concepts and findings. In this paper, I will detail some of my experimental investigations into Reich’s claims, and then draw comparisons to other similar lines of investigation by others, nearly all of which have a fundamental bearing upon the nature of the atmospheric and space environment, and how that environment affects the properties of water.