Biomimicry – The Future Imitation of Life by David Cardona

The  social & economic impact biomimicry is already having on our lives today is comparable to the impact of the industrial revolution at the turn of the last century.  Only this time around it is Nature which the Human Community is seeking to imitate, & not the Machine.  Weather or not this has anything to do with the global shift toward a more sustainable future ecology remains to be seen.  That said Biomimicry’s indelible stamp upon current technological trends has been firmly embedded in not just the Scientific fraternity but also the grass-roots communities of the new age movement.   Duplicating natural systems is about attempting to copy the thorough efficiency of natural ecosystems, where the waste from one culture or animal becomes the nutrients for another, often, by borrowing this methodology from nature  problems become solutions that are better both environmentally and economically. 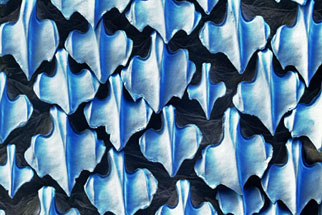 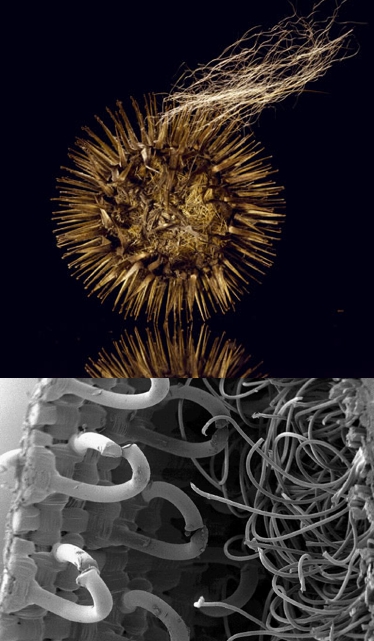 The Bur that Spurned Velcro

In the pursuit of designing a highly efficient biologically inspired surface, Skulls and their penchant for protecting the most important organs of a body are by design extraordinary impact-resistant structures and extremely light at the same time.  In this capacity their physical property can be applied to structural or architectural design through the mimicry of  its ropperties, this concept could also be applied to cars.  Scientists have discovered that geckos have a series of distinct concentric areas in their eyes that make it possible for them to see colors at night, an ability few other creatures have. These zones have different refractive powers, giving geckos a multifocal optical system that allows light of different wavelengths to focus on the retina at the same time. This makes their eyes 350 times more sensitive than humans, and lets them focus on objects at different distances. The discovery may allow engineers to develop more effective cameras and possibly even multi-focal contact lenses. 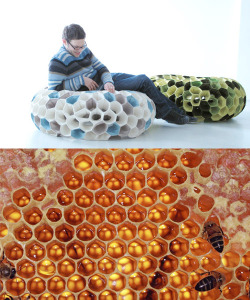 Every aspect of modern-day life is influenced positively by biomimicry. Water Reclamation, Energy production & conservation , climate change, & sustainable living systems all are soluble by the magic bullet of the Biomimicry principle  ‘Study Nature & do what it does with the tools that it has’.  Fish for example, surf the vortex created by the fish ahead of them reducing the energy expended of the school as a whole.  When this principle is applied to Wind Power generation,  researchers have found that when placing wind turbines in a close formation the energy produced is 10 times greater than if they were individually spaced.  When tuba holes on humpback whales were copied on a wind turbine it reduced drag & increased lift, allowing it to rotate at very slow speeds.  In the Desalination process of reverse osmosis water normally is pushed through a filter causing it to clog and expend a tremendous amount of energy.    In the same way red blood cells pull water through our bodies via concave shaped pours,   by applying this principle to the membrane in the purification process,  the system becomes more permeable and leads to a faster rate of desalination.  The same sugars that allow certain types of lichen to completely dehydrate without losing cell integrity can be applied to vaccines, blood, or DNA allowing them to be preserved without refrigeration.  By copying the profile of  the beak of the kingfisher bird that allows it to penetrate water without making a sound when it is catching fish, Japan’s Shinkansen Bullet train reduced its electricity usage, went faster and travelled quieter.

The art and Science of designing and building biomimetic apparatus is called biomimetics. special interest to researchers in nanotechnology, robotics, artificial intelligence (AI), the medical industry, and the military.  The basic precepts of Biomimeticsdictate that the sun is Nature’s fuel source & only uses as much of this energy as it needs to achieve its aim, recycling or reconstituting any byproduct or waste.  Also Its systems thrive on diversity & symbiosis, relying on the communication of shared specialities for the greater good of the culture or ecosystem.  Energy in the wild is even more expensive than in the human world. Plants have to trap and convert it from sunlight and predators have to hunt and catch it. This scarcity of energy, tends to organize extremely energy-efficient designs and systems in nature, optimizing energy use at every turn.  It does not permit surplus & culls excess.  Nature tells us to build from the bottom up, self-assemble, optimize rather than maximize, use free energy, cross-pollinate, embrace diversity, adapt and evolve, use life-friendly materials and processes, engage in symbiotic relationships, and give back to the bio-sphere. 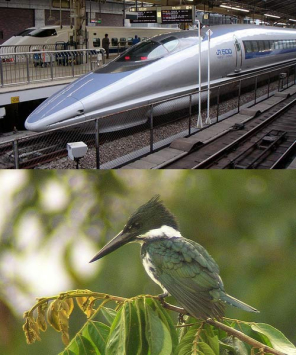 Anti virus software used in many computer systems today was developed through the study of etymology and how the immune system worked.  Air port scanner technology is based on the echo-locating capabilities of the Brazilian Free-tailed Bat.  Smart grid software designed for the distribution of energy was modelled on the social interaction networks of Bees & Ants who’s basic precepts were written into software code.  In the field of computer science, the study of bionics has produced artificial neurons, artificial neural networks, and swarm intelligence.  This technology allows appliances in a building to ‘talk’ to one another as it were & co-ordinate their usage.  By mimicking nature at the chemistry level we can develop tools & techniques that replicate 3-Dimensional objects.  By using the same ingredients that nature uses to create life such as shellac, amber, rubber, & cellulose, all basic natural polymers. We can recycle these materials ad infinitum. This will change the way we extract, process, & dispose of product materials & their waste. 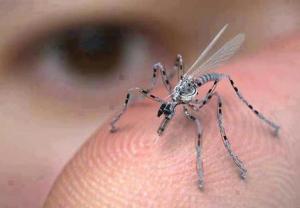 The Future of the Bug

3D printers using cells as their basic material can create scaffolds or armatures which tissue can grow on, replicating body parts such as a heart valve or human ear.  Although Medical science is far from reproducing a functioning organ, by following the ‘from the ground up’ principle of Biomimicry technicians can produce better replacement parts that are closer in organic to nature which the body will not resist.

Will the modern discipline of Creative Bionic Engineering, and the transference of Technology between life forms that Biomemetics promises become the revolution that paradoxically draws Artificial man back to the womb of Creation?  There is truth to the adage that Nature always rights itself.  And in Human kind’s headlong quest to defeat and disable nature has inevitably become subservient to it.