The Alchemy of Cold Fusion Revealed – An interview with Mark LeClaire

The Alchemy of Cold Fusion Revealed – An interview with Mark LeClaire 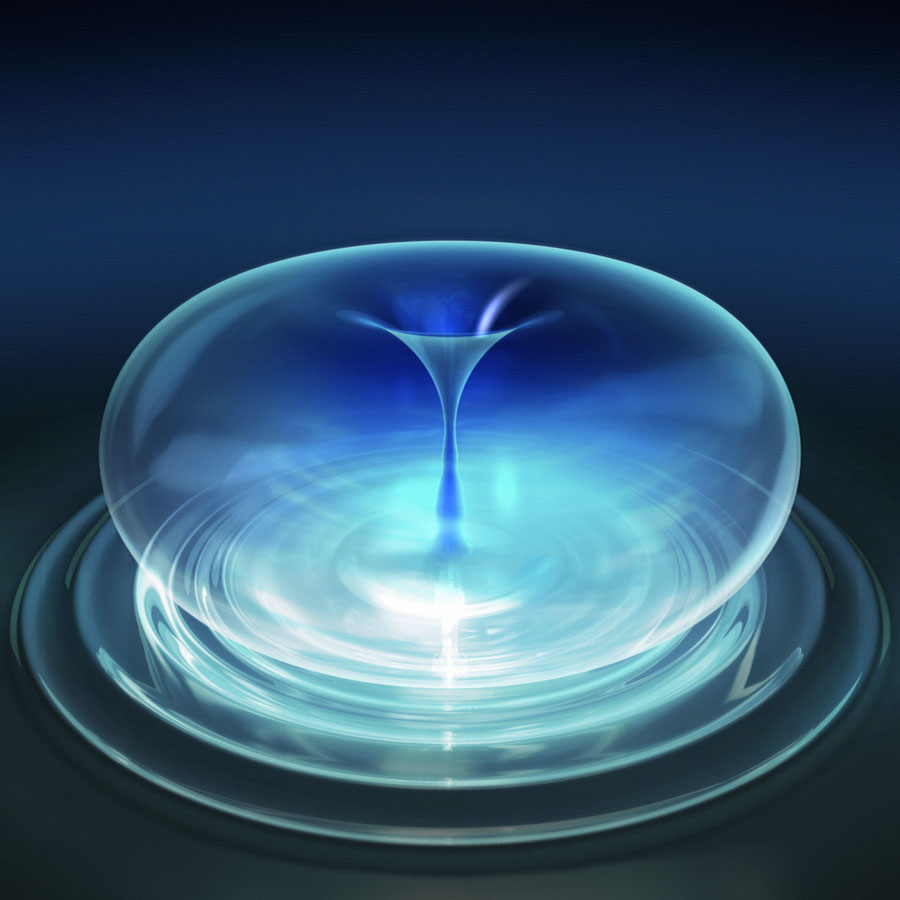 Mark LeClair, a former liquid dynamics engineer for Lockheed Martin, gave a presentation on his theory of the origin of life and Cavitation at the NASA AstroBiology Institute.

Lockheed Martin employed Mr LeClair for four years to find a way to put a stop to the process of cavitation, now he was seeing cavitation as a Pandora’s Box of benefit for humanity rather than an industrial pest.  Mark teamed up with his research partner Serge Lebid and Nanospire Inc was born in January of 2002.

A step forward in nanotechnology cannot happen without the right tools. Current nano-tools can only cut to the nano scale at great expense. They would use cavitation to make nano machine tools capable of cutting down to the very finest of measurements. These tools would revolutionize the medical industry and nearly all realms of science or at the very least save them tons of money.

From the start Mark and Serge vowed to be 100% open about all their research. While the corporate world has been plagued by “evil” the inventing world has always been plagued by secrecy.  Inventors such as Tesla, Rife, Keely and Leedskalnin all took their secrets to their graves and left the rest of humanity trying to piece together the pieces.

Two Guys in a Garage

Despite their excellent credentials Mark and Serge remained at “two guys in a garage” status for years. They were not alone in the field however as many cavitation startups were gearing up at this time. That coupled with the fact that many inventors, who have challenged entrenched and powerful corporate interests, have had a bad habit of coming out too early with discoveries convinced them to remain in stealth mode until they were ready with full disclosure (press release).

Two years ago Mark and Serge finally succeeded in perfecting their method for ultra fine nano-tools. Their tools could cut materials down to 4 atoms wide. Four patents were applied for and issued. Practical applications include :

As they continued to perfect their method they encountered strange new phenomena happening within their watery test chambers. As they observed the aftermath of this process they noticed three distinct side effects each more amazing than the next !

Cold fusion was happening at super nova energy levels in ordinary tap water. For years scientists have tried to understand cold fusion and what the secret is to unlocking it. Mark and Serge have found it. Cavitation is the missing link to the Cold Fusion mystery. The fusion happens within the water itself via cavitation not in any metal. This is the missing link to one of the greatest puzzles of the modern age.

These cold fusion nuclear reactions reach supernova energy levels. Thus the entire test chamber gets bombarded with low level short isotopes. Care must be taken to shield all spectators from the emitted radiation. Mark and Serge discovered this the hard way. The first time they had no clue such reactions would occur and spent nearly a year suffering the dire effects of radiation poisoning. Extreme weakness, nausea, vomiting, headaches, stop of saliva production etc…

Apparently the folks at the Naval Research Laboratory (NRL) who offered to help them run a validation experiment “forgot” to provide shielding gear and dosimeters. They were standing far back while Mark and Serge were right on top of the experiment and got radiation poisoned yet again.

The gamma radiation levels appear to be 25-50% over background but very consistent and at close proximity only. The neutron emission was expected to be much higher. By no means fallout shelter levels but still more than worthy of preparation and protection as Mark and Serge’s two years of radiation sickness can attest to. For this reason Mark and Serge do not recommend you try this at home. University labs are fully equipped to do this however and he welcomes those who try to recreate this experiment.

Total Transmutation of All Known Elements  (side effect #2)

Literally the entire Periodic table of Elements is appearing during these reactions. Mark and Serge detected the existence of at least 100 elements including iron and heavier metals within his experiment. He has also confirmed the following elements using a variety of tests including Mass Spec EDAX and XPS. Because of the radiation the elements produced must be allowed to cool off for a few days before they can be touched.

The potential for this is simply almost beyond the imagination. Water is the most abundant element on earth and now nearly any other element can be transmuted from it. LeClair claims that any material caught within these cavitation reactions can and will be transmuted and he has ideas for targeting and controlling the process.

The aluminum plate they used has small trenches burned through it from the cavitation water jets. The new matter they found in the water is spread across the entire periodic table, including a postage stamp sized diamond fiber and glaze cluster.

As far fetched as this sounds elemental Transmutation itself has seen a huge resurgence. No longer the stuff of ancient alchemists many leading scientific institutions and researchers are now hot on this trail, especially in Russia.

800 watts went into this experiment and 2900 watts came out of it in the form of heat. It is a process that has come to be called over unity and has been shunned by mainstream media and science since the suppression of Nikola Tesla and others like him. The results do not lie however.

This is possible because of the fact that within water bubbles lies extreme energy. Within this process of Nuclear Cavitation lies the key to producing free energy. This process happens in nature as well. The pistol shrimp uses imploding cavitation bubbles to shoot jets of water at its prey. Once you understand what is happening and how to harness it, this process can be controlled and scaled with relative ease and no pollution.

Richard Feynman, The Nobel Prize winning physicists made the now infamous statement that There was enough energy in this cup to boil all the oceans of the world. He was a believer in free energy, and hinted at it often.

Hardly anyone in the 1870’s could imagine people talking across continents and homes being lit up without candles or whale fat lanterns. Through inventors like Edison and visionaries like Tesla we have far more that anyone could dream of. Much like how cavitation was seen as a nuisance a few years ago, electricity was seen as a mysterious but useless side effect 140 years ago.

No. Mr. LeClair has performed this experiment 12 times with 100% repeatability. He is confident that certain focus can be put on families of elements to increase their yield and that the input to output energy ratio can also be improved.

Cavitation, the Next Frontier

Many other innovations in cavitation are happening now and have been happening for the past few decades. Mark and Serge’s discovery is monumental but not without some precedent. Cavitation research is in high gear now with 800-1000 patents filed each year. Those that embrace this technology now will be the Kings of the new economy that lies imminently before humanity.

Mark and Serge have persevered through countless hours in the lab, many setbacks, suppression, betrayal, corporate espionage and two years of radiation sickness to bring us the two greatest discoveries of the 21st century. We must support them with our enthusiasm and our belief in the idea of abundance.

These discoveries are the very definition of abundance and in an age where scarcity is being imprinted into our conscious minds constantly only a little faith and a lot of luck can help this amazing new discovery see the light of day. We’re almost there.

The Science – non-geeks can skip this part

Their realm of operation was within the tiny cavitation bubble. Their innovation was what LeClair calls his “reentrant water jet” Essentially a unique way to aim the jet of water that shoots out of an imploding cavitation water bubble. The innovation that Mark LeClair brings is in his method of aiming the bubble collapse process thus controlling the cavitation process to fundamental degree.

The amount of energy released within the trenches of the metal plate by this water jet are beyond nuclear. There is so much energy released that supernova energy is being released. LENR has now been turned on it’s head, perhaps LeClair Effect Nuclear Reactions (LENR) is now more fitting.

Even aquatic animals like the pistol shrimp have learned how to snap its claws fast enough to use cavitation as a sonic weapon. 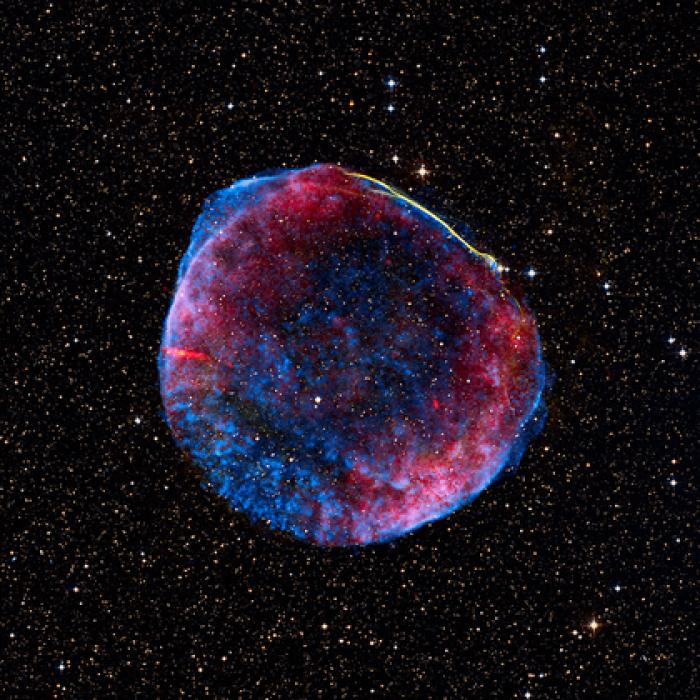 LeClair has solved many formerly unsolvable problems during his research. Among them is the Cavitation Pit Erosion Equation, which allows anyone to estimate the exact size of the cavitation scar in any substance, an issue that has eluded science for almost 150 years.

For more details head over to Nanospire’s tech page.