In about 1978 there was a question as to whether the vortex we see so familiarly was a true vortex as a ‘path curve’ would prescribe it. Lawrence Edwards had described a number of vortex forms – all related to path curves where the invariant tetrahedron, the structure fundamental to the organisation of space, took on different arrangements.

He described the general vortex as a figure (or field) between two planes and spanning from the point Y to the plane through point X and beyond i.e. above and below X and Y on the ”outside”. This was around the central real line XY and implied a further line real WZ somewhat distant. This form (or field) was a kind of counterpart to the bud or egg fields. 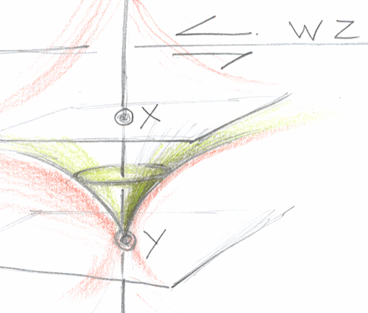 The ”Airy” Vortex is the case where point X and the plane it is in is taken to infinity while point Y remains local, perhaps even at about ground level in some hypothetical cases of plants.

The so called ”Watery” Vortex is where the point Y is taken to infinity “downstairs” as it were.

Strictly the watery vortex probably has a point Y at the centre of the earth, which to all intents and purposes is very far away (about 6000 kilometres!) which, when compared to the ”size” of the form going down a plug hole appears a long way away.

Lawrence Edwards must have wondered whether the ‘watery’ vortex was close to a path curve as described above. I also asked this and, as I worked in an engineering establishment at the time, I was able to borrow a reasonable-sized vessel that was open at top, transparent (of perspex) and with a hole at base – almost to order….. so as to do some simple experiments.

!f the point Y really is at infinity then perhaps the form deserves the name – “Cosmic Vortex”. (Not my coinage!) But I did not get around to considering when both plane X and point Y were at infinity!

Lawrence Edwards must have wondered whether the ‘watery’ vortex was close to a path curve as described above. I also asked this and, as I worked in an engineering establishment at the time, I was able to borrow a reasonable-sized vessel that was open at top, transparent (of perspex) and with a hole at base – almost to order….. so as to do some simple experiments.

The set-up was as follows: 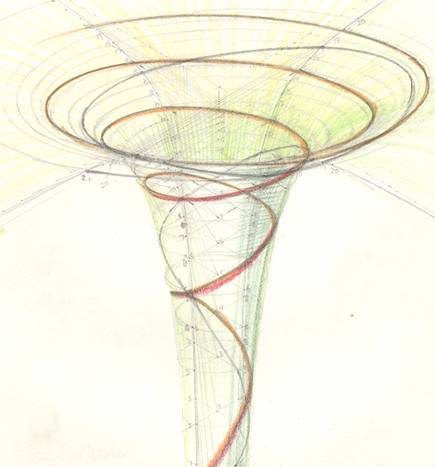 The small taps at the top, and the tap at the base were able to be adjusted to allow a set flow. I had no flow metering equipment to measure flow rate in and out. What was initially of interest was the qualitative variation in form when the flow rate changed and also the very form itself at any set flow rate. This latter meant taking a few different photos of the form – a beautiful vortex – at different flow rates.

I took a series of pictures which included the following general shapes, from very shallow to as large as the vessel would allow. The forms were both delicate and sensitive to small changes in flow rate, if I remember rightly. 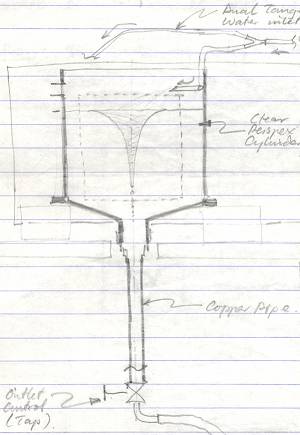 Lawrence wrote up some of his results in his text ‘The Field of Form’ in 1982 and we thought that it was possible to allow that the form was a path curve, at least for most of the profile, and thus a lambda ( λ ) value was able to be calculated (see p. 201 of this text).

One of the original photos that was taken is shown below. And the tracing made of it with the idealised profile superimposed.

It is of anecdotal interest that I had only just taken the pictures (in our back yard in Sydney, Australia) when Thomas Weihs visited Sydney and gave some talks. I believe his theme was ”evolution” at the time. I gave him the negatives to take back to Lawrence when he returned to Scotland, so I never actually saw the pictures for a while. In fact I don’t think I saw them at all, only Lawrence’s results as published in The Field of Form. 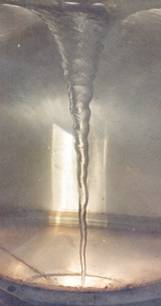 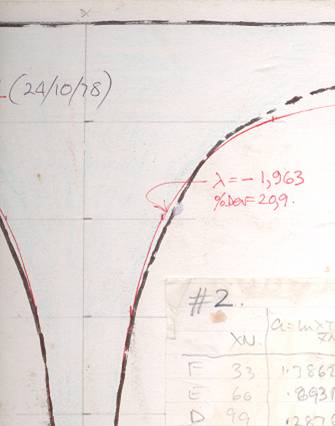 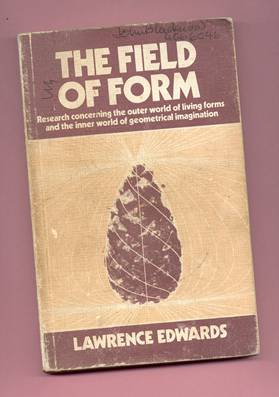 I think it was enough for Lawrence to have been able to work out that such a water vortex really was close to a path curve vortical form.

I am not sure if he also worked out the ‘e’, epsilon value for the angle of the spin, but from the pictures and his calculations he was certainly able to estimate the lambda or form factor for this watery vortex.

That is all I have to say on this aspect of the topic and this was over 20 years ago so it is all a bit stale. Apologies! But somebody in Dornach has done further work on this (we saw this in about 1998) and Ron Jarman said he may be able to follow this up in due course

[this work was done by Georg Sonders I believe]. I do not know what the state of the art is right now.

A calculated vortex form is shown with some of the family of spirals which form it. This gives a hint as to the enormity of the total form as, on the upper plane, it has to extend to the very widths of the infinite! There is more to vortex forms than meets the eye methinks. 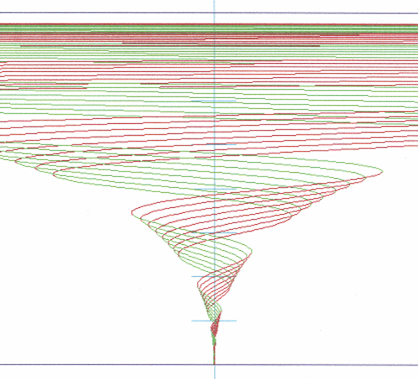