A novel holographic wave genetic approach to informational based medicine, genetics and agriculture

by Irene Caesar of Wave Genome

Irene Caesar, founder of the Wave Genome, combining aspects of Kozyrev’s Torsion,  Asimov and Shipov’s Toroid Dynamics, and Gurvich’s Structural Genetics. Some of it seems vaguely analagous to the deeper radionic protocols I have come across. Informational based medicine will be a massively blooming field in the coming years, weening man of its dependency of detrimental chemical cocktails. Wave Genome technology offers another example of the rejuventing technologies based on treating the root informational causes of illness.

According to Caesar “Chromosomes function as a geometrical code in the liquid media of the living cell, according to the law of geometric optics in holograms. Chromosomes transform the liquid media into the crystallized refracted structure aka “wave crystal”. Thus the chromosome is a structural code or shape that has a holographic nature allowing for the remote management of biosystems via laser polarised holography”.

The services of Wave Genome include a digital pharmacy which can be applied remotely to your digital witness or an agricultural prooject. They also construct tesla psi-generators and vision repair glasses, wearable chips or bio-active water imprinted with your personal hologram. 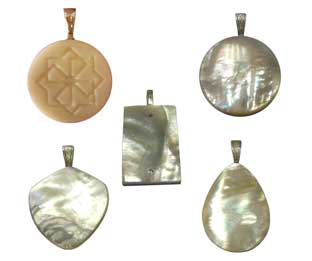 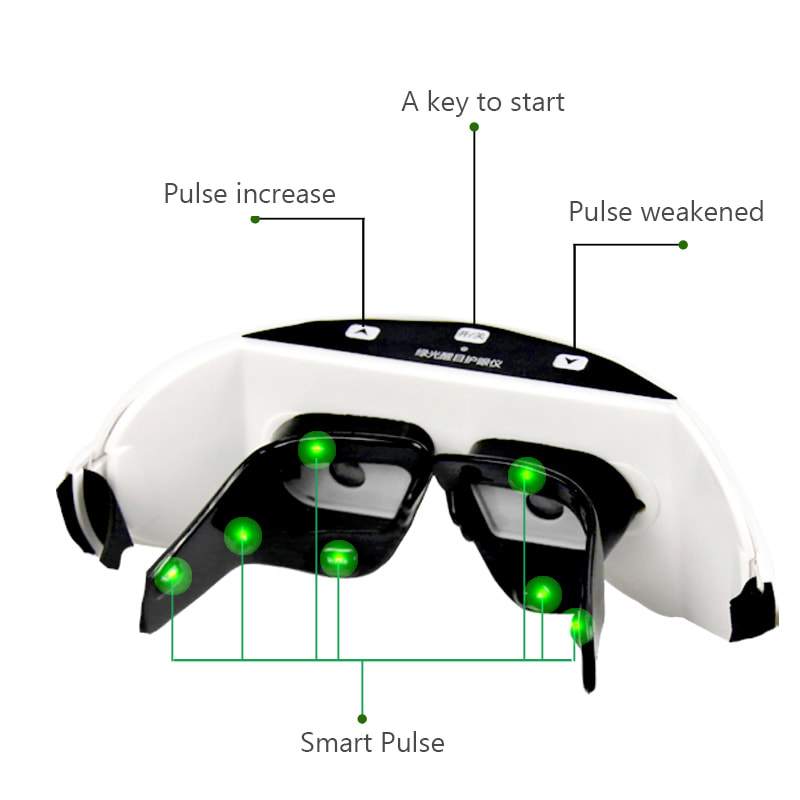 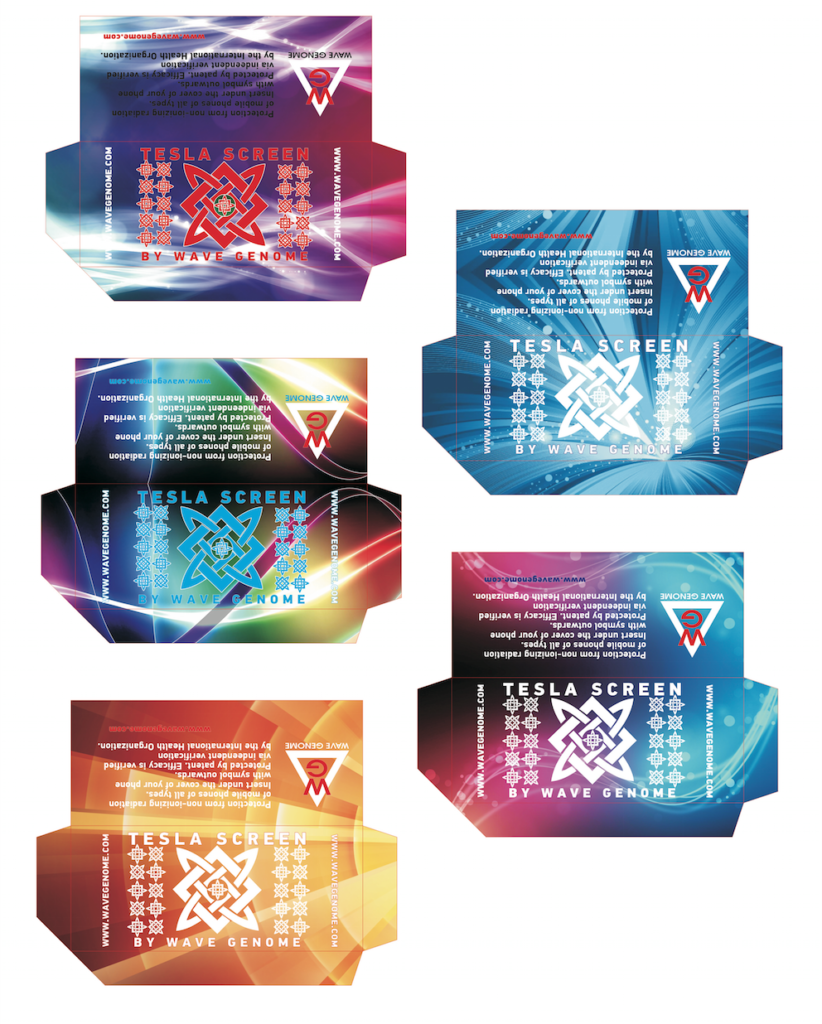 Here is an EXTRACT FROM IRENE CAESAR’S BOOK “WAVE PHARMACEUTICALS“

” In the case of QUANTUM INTERNET, you send your information REMOTELY and WIRELESSLY. At the Institute, the laser reads the feedback from your wave matrix in real time, using your digitised wave matrix on record at the Institute.

The second implication of the holographic principle postulates the NON-LOCALITY of every wave matrix. If the universe is entirely in its every matrix point, then every wave matrix is simultaneously present in the infinite number of dimensions via its tokens. Though there are infinitely many tokens of the same non-local wave matrix, all of them constitute one integrated SYSTEMATIC WHOLE.

The non-local holographic nature of wave matrices also means that the wave matrix has the infinite set of waves, particles and fields within its TORUS — from infinitely micro to infinitely macro dimensions. It is impossible to talk of each individual wave matrix as “a specific frequency”. And it is impossible to postulate any “medium” of its existence, like “scalar wave”, “aether”, “Higgs / boson field”, “torsions”, “leptons”, etc. There is no specific medium for transferring the information. 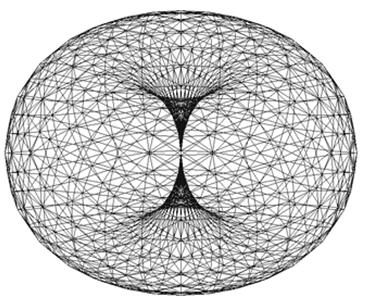 The third implication of the holographic principle postulates that there is the QUANTUM ENTANGLEMENT in the form of the instantaneous transmission of information between all the tokens of the same non-local wave matrix. The signal that records and transmits the ENTANGLED INFORMATION between different wave matrices or between the tokens of the same non-local wave matrix has specific nature. It is HOLOGRAPHIC. Only lasers with internal Kozyrev Mirrors can record and transmit holographic signal, based upon the principles of the polarised refraction holography (described in terms of geometrical optics). Thus, the principle of recording and transmitting the MATRIX SIGNAL is structural, and not medium-based.

Thus, it is possible to remotely and instantaneously transfer some wave information to a man via the entanglement between his body (at one location) and his photograph (at another location), as two tokens of his non-local wave matrix.

For example, it is possible to remotely lower blood sugar in a diabetic man via scanning his photograph with the laser ray, which is passing through insulin before reaching the photograph. ”

THE FOLLOWING ARTICLE IS SOURCED FROM: https://irenecaesar.wordpress.com/tag/quantum-biointernet/ 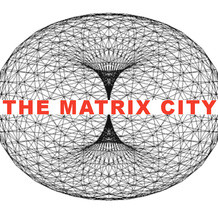 The same gene gets expressed in dysfunctional individuals by acrocentric chromosome, and in functional individuals by metacentric chromosome, and till now nobody was able to explain why. I claim that chromosome functions as wave crystal, i.e., nonlocal unique wave matrix that focuses genetic information unique to this individual via his / her own unique scalar wave diffraction grating. Thus, chromosome is a structural / geometric code or shape that has holographic nature allowing for the remote management of biosystems via laser polarized holography.

We can conduct remote laser management of the biosystems, and, thus, create individuals with enhanced physical and psychic abilities, and dramatically extend life span, based upon the implication of the holographic principle (© Quantum Biointernet, Irene Caesar 2013), and mastering the geometric codes of chromosomes.

The objective is to build a Matrix City, i.e., the self-sufficient human settlement of the Quantum Leap Era (http://www.thematrixcity.com and specifically: http://www.thematrixcity.com/structure-of-the-matrix-city-r…), where enhanced man in enhanced environment can have enhanced life of any life span he chooses. The objective includes: (1) creating BANKS OF WAVE MATRICES for every living creature on this planet; (2) creating MATRIX CITY ZONES, where individuals receive all their supplements and medications via E-DRUGS and I-DRUGS from the MATRIX CITY based upon subscription model; (3) cultivating men with enhanced physical, intellectual and psychic abilities.

The Polarized Holography is mainly based upon Russian research, especially upon the research of Nikolai Kozyrev, and his so called “Kozyrev Mirror” principle; the structuralist genetics by Alexander Gurvich; as well as upon the toroidal (“torsion”) research by Anatoly Akimov and Gennady Schipov. In 2002 some information got licked to the West, when two researchers of the NPO “Aura” (NPO “Energy”/BINAR, which became “The Institute for National Security” in 2000) Peter Gariaev and George Tertyshny, who did not have clearance and full access to the research, have brought a laser to Toronto to demonstrate remote management of the artificially induced diabetes via the laser signal at a distance of 20 kilometers in the rats of the same genetic line. But Gariaev and Tertyshny did not have access to the Digital Pharmacy of the digitized bioholograms of healthy bodily organs and physiological systems (aka “Digital Cell”), and could not diagnose wave matrices. The technology was classified at that time in Russia, and got declassified only in 2008.

The chromosome geometry changes the nature of the external signal from linear to holographic (@ Irene Caesar 2012, implication of holographic principle) via (1) torus polarization (via the change of the spin in the integral toroidal field of DNA); (2) reflection of any external linear signal upon itself and creation of the scalar / standing wave diffraction grating, which neutralizes any external signal; (3) refraction of any incoming signal towards the zero center of the wave crystal, which functions as a focus similar to how our eye functions (Irene Caesar, Chromosome Geometry ©2014).

Quantum Leap technology applying knowledge of the chromosome geometry is called “polarized holography”, and is based upon application of stabilized Helium-Neon Lasers with internal mirrors. This kind of lasers are capable of creating holographic signal. Analogously, our bones are capable of producing stem cells, only because the shape of the bone is analogous to laser tube and is capable of changing the nature of external signal. 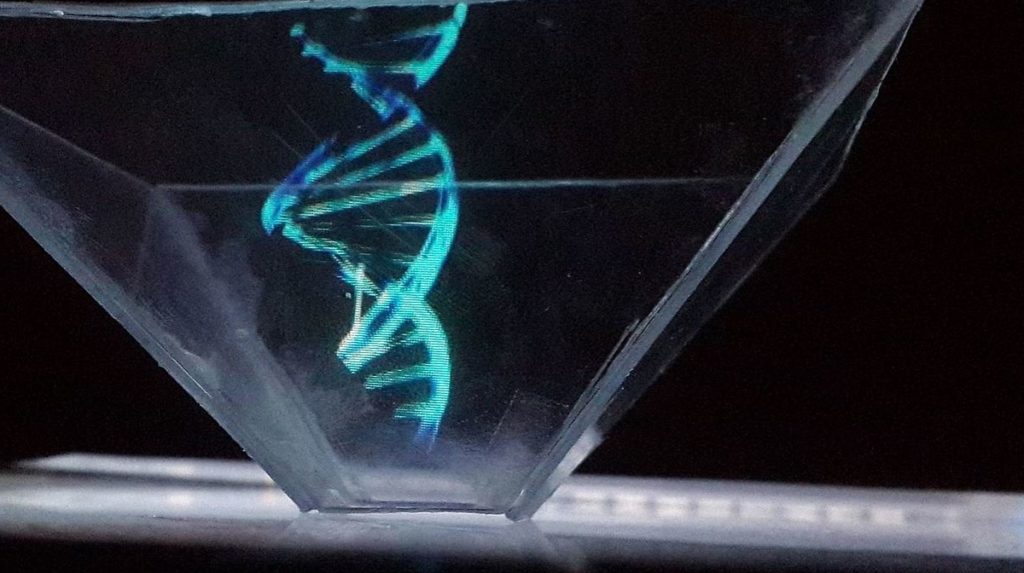 As of today, the Institute for National Security in Moscow offers the local and remote management of biosystems, and individuals:
(1) via electronic / digital drugs (DIGITAL PHARMACY consisting of digitized bioholograms of wave matrices for every healthy bodily organ and physiological system; and including E-DRUGS [additional upon subscription], of which more than 300 are already created, including E-VYAG-RA and I-VYAG-RA);
(2) via remote laser signal (I-DRUGS or Quantum Biointernet).

Institute has conducted the first in the world official and public remote lowering of blood sugar in diabetic calf via the laser signal at the distance of 20 kilometers for the American Diabetic Association in 1999. Over 2015, the Institute has created the digital platform for dispensation of E-DRUGS and I-DRUGS via subscription analogous to mobile phone subscription programs.

It is clear that the exiting model of Human Genome is not correct, since it cannot explain 98% of DNA calling it “Junk DNA”. Thus, genetic engineering based upon “cutting and pasting” of “identifiable” 2% of DNA is doomed for failure. Only the Holographic Wave Genetics, based upon chromosome geometry, can explain the difference between functional and dysfunctional individuals, and promote the advance in genetic engineering.