On making critical comments on a discussion: by D. D. James

The main criteria to keep in mind especially when engaged in a discussion about the physical sciences, has got to be to maintain a subjective, in the sense of an independent, frame of mind. From the point of view of mathematical genius, intuitiveness of mind, clear thinking, integrity, openness to new ideas and sheer ability to probe into the fundamentals of science, we probably could not have done better than Albert Einstein, Niels Bohr, Rutherford, Max Born, Faraday, Maxwell and the other great scientists that come to mind. 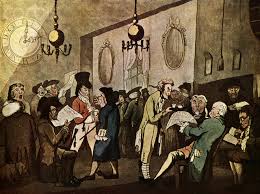 It is perhaps unfortunate that the empirical basis that was once the essence of the physical sciences has been undermined by our inability to understand or explain sub-atomic phenomena in a manner that explains things on a physical plane. The facts behind the physical phenomena concerning the sub-atomic world that scientists such as Max Born, Schrodinger, Neils Bohr, Heisenberg, Wolfgang Pauli, Albert Einstein and others were faced with seemed to have no valid physical explanation.   It is not therefore any lack of integrity of character or ability on the part of scientists that led to the science of physics going off on such an esoteric journey but the fact that the phenomena they were witnessing seemed to have no physical explanation. Any explanation of what seemed to be taking place in the sub-atomic world seemed to have its existence only in highly esoteric and arcane mathematical formulae. Hence modern physics is all theoretical and based upon hypothesis.

Isaac Newton by comparison never made a hypothesis. ‘Hypotheses non fingo !’ I make no Hypotheses !”) What this means is that he did hypothesise but never made his hypothesis or conjecture public until he had substantiated it. If one realizes that his theory of gravity successfully predicted the motions of the planets and that all of his predictions were based not on conjecture but on experimentally verified results that were mirrored in the movement of the planets, it is truly amazing. Newton was also modest in his estimate of his own work and gave due credit to his predecessors: ‘I stand upon the shoulders of giants.” 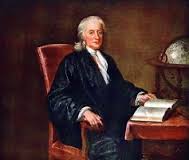 Today looking back on that turbulent time at the tail end of the nineteenth century and the early twentieth century, when new discoveries were following one another with bewildering speed, a realization results, that while much of what was hypothesised at the time and later validated by experiment, such as the structure of the atom and the behavior of sub-atomic particles like the electron, the properties of the photon, the composition of the nucleus and so on, were true, many of the ideas that were hypothesized were also wrong.

In order to understand this statement it is necessary to look around us! In all the extremely varied life forms on earth, from reptiles, to dinosaurs, to avians and mammals the DNA is almost the same. Humans share 99% of their DNA with chimpanzees and 36% of their DNA with fruit flies! Even more amazing is the fact that that DNA consists of only 4 basic amino acids which are common to all DNA, namely adenine, thymine, guanine, and cytosine. The instructions or blue prints for all life forms both plant and animal are formed by different combinations of these amino acids.

The whole of the Universe or at least the part of the known Universe known to us, consists of a mere 100 elements! If one takes the time to think about this, it seems absolutely incredible that a Universe, in which the earth itself has as much physical significance as a particle of dust, is made up of just 100 elements and that we are aware of what those 100 elements are! Even the structure of atoms seems, even if there are minor differences, to reproduce the broad pattern of the Universe with its central structure of suns surrounded by planets.

Yet the Quantum Mechanics version of the sub-atomic world is hugely complex and complicated. It is claimed that particles can disembody themselves and be dispersed over space until they are detected, it is claimed that particles can simultaneously be in two places at once, it is claimed that particles can sense their surroundings and make decisions on that basis! It is claimed that mathematical calculations involving up to 276 dimensions ( phase space) could be used to determine the position of an electron that exists ( as far as we know in only 3 dimensions). Are any or all of these statements justified, are they acceptable to reasonable people on the street ! This is for the man on the street himself to decide. From the point of view of the reality that we experience in our lives, the Quantum Mechanics version of the sub-atomic world seems macabre and bizarre, like something out of a comic book. Most people would have no trouble in accepting this IF Quantum Mechanics had supported these claims with incontrovertible evidence, this they seem unwilling to do, seeking instead to impose ideas and theories on science in the guise of immutable laws. The most glaring of which is the concept of wave/particle duality and ‘complementarity’.

The main REASON that the concept of wave/particle duality was adopted was the inability of classical physics to explain how an accelerating charged particle (the electron) was able to orbit around the nucleus without  radiating away all of its energy in an extremely short time and end up by falling into the nucleus. This problem has now, with the technology we have at hand in the twenty-first century, been RESOLVED. Electrons as they orbit the nucleus CONTINUOUSLY emit and absorb ‘virtual photons’ allowing them to maintain their energy in a state of  equilibrium and to orbit the nucleus of the atom without falling into it. Once Quantum Mechanics realizes that there is no longer a reason for the existence wave/particle duality or that the original reasons for adopting such a concept no longer exist, they should in all fairness renounce the concept and all that goes with it. Yet so compelling is it to regard particles that have a size on the order of 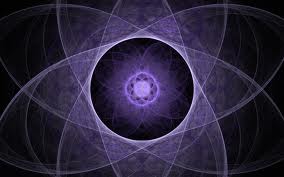 Coming back to the notion of criticism, there is a strong sentiment in literary and scientific circles that any criticism, and this applies especially to scientific discussions, should not be clouded by making hostile attacks against personalities, their morals, their looks, likes or dislikes and so on. Such comments would only serve to denigrate the person making them. The only reasonable way to proceed is to agree to disagree. What makes such an approach extremely difficult is that the arcane and esoteric mathematics used by Quantum Mechanics is almost impossible to refute, not least because not many people possess the necessary skills to counteract such arguments and even if they did possess the requisite skills very few people would understand what they were talking about! What can and should be attacked are the premises on which these abstruse mathematical concepts are based. For instance why is everyone dependent on the acceptance of multiple dimensions in order to explain nature. It is patently absurd to try and explain nature in terms of something that does not exist in nature. If an alternative to this arcane approach is available why should such an approach not be availed of ? 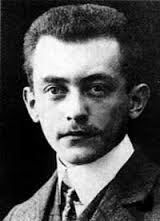 Even Max Born, the father of probability waves, stated the problem of multiple dimensions as follows:- “ We have two possibilities. Either we use waves in space of more than three dimensions…………..or we remain in three dimensional space, but give up the simple picture of the wave amplitude as an ordinary physical magnitude , and replace it with a purely mathematical concept into which we cannot enter.” At the same time Max Born also stated: “I personally like to regard a probability wave as a real thing, certainly as more than a tool for mathematical calculations. … how could we rely on probability predictions if we do not refer to something real and objective? (Max Born on Quantum Theory)” So everyone is human !

My argument is that if we cannot enter into these mathematical concepts perhaps it is better not to depend on them. Maybe this kind of argument would go nowhere, if no alternatives were available fortunately ‘Gestalt Aether Theory does provide an extremely viable alternative that explains all physical phenomena in terms of classical physics.